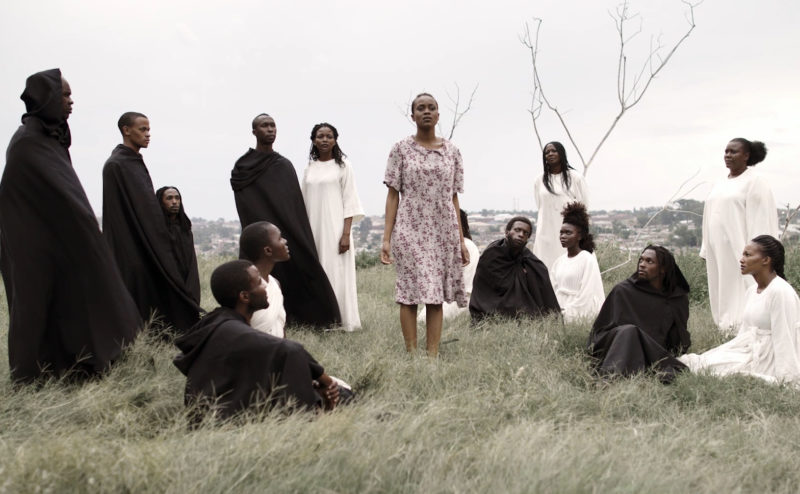 The Alexandra Project is an epic re-imagining of Les Miserables, set in the township of Alexandra, South Africa.

The Alexandra Project is an epic re-imagining of Les Miserables, set in the township of Alexandra, South Africa.

As I learned during my high school vocal lessons, “I Dreamed a Dream”, the legendary song from the musical Les Miserables, is a difficult song to sing. Tumi Boitimelo, the actor and singer in Andrew Mudge’s short film The Alexandra Project, makes it look easy in her performance as Fantine. The setting of the Alexandra township, the black and white cloaks, add an epic-ness to this Les Miserables re-imagining.

The Alexandra Project is now streaming through October 15 as part of the 2019 Online New England Film Festival. We caught up with filmmaker Andrew Mudge about the social context surrounding the film and Johannesburg, and most importantly, key advice surrounding entry fees.

NewEnglandFilm.com: When did you know you wanted to become a filmmaker? And how did you learn—did you just start doing it, did you go to film school?

Andrew Mudge: I think I knew I wanted to be a filmmaker when I saw my family reacting to a “sequel” I made of The Terminator, which I made just after the real movie came out in 1984, when I was eleven years old. Since then I’ve never had any official training, film school, etc. I just started making them. My passion was film (I mean, the physical film—I made my first shorts on 16mm—shooting, editing, hot splicing, the whole nine yards), but then I found I didn’t totally hate digital as much as I thought I would.

Mudge: While I was making my first feature film in South Africa, where I lived for nearly a year, I spent a lot of time in the townships of Johannesburg. One day I heard the Les Miserables song “I Dreamed a Dream” piping from a radio, and I thought the placement of it was so odd. I couldn’t stop thinking about the song, and I sorta became obsessed with the idea of resetting the entire musical in the Alexandra township. There’s a lot of struggle there, especially with regards to violence against women, and I found that some elements of the musical were oddly fitting for township life in the present day. So I set up a casting, telling myself that if I found a good Fantine, I’d film a scene. I found an amazing singer in Tumi Boitimelo, so that’s exactly what we did. We’ll probably never have the resources to film the entire musical, but it was a cool experiment for all of us.

Mudge: It’s been shown nowhere! Well, it’s been on YouTube for a while, but that’s it. I don’t do much promotion. I’m terrible at that stuff.

Mudge: I teamed up with my South African co-producer, and he brought in the crew. It was shot by a good friend of mine, a seriously talented DP named Gavin Sterley. The cast came from a casting director. Tumi was the real find. She’s a superstar. We’re always talking about ways we can collaborate again.

Mudge: I’m working on a drama about an American family that gets lost in the Kalahari desert of Namibia. Beckett meets Lynch meets Weir. Things get trippy.

Mudge: So much I could respond to here. But strangely, the one that comes to mind is about festivals. Don’t think you are “special” and expect festivals to waive the entry fees. Just pay the damn fee! I believe karma is at work somehow. All the best festivals I got into, where I won awards, are the festivals where I paid the entry fee. Strange, right?