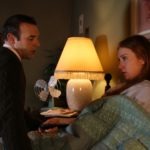 Howard, a factory worker, returns home each evening to find that his bed-ridden wife is changing.

Director(s) Bio:: Originally from England, Bob Lewis has lived in the US for twenty years and in Providence for nine years. Eager to connect with local filmmakers in Rhode Island, he quickly became involved with The Rhode Island Film Collaborative. His first introduction to the local film making community was working as Assistant Camera on a local feature Sleather.
Prior to moving to Providence, he lived in San Francisco where he was co-founder of a Super 8 experimental film project X corp or Exquisite Corpse along with producing and collaborating on numerous projects with local filmmakers and artists. The Perfect Day for a Picnic was produced by The Rhode Island Film Collaborative after being chosen as part of their annual short script competition. It has appeared in several film festivals including The Rhode Island International Film Festival. 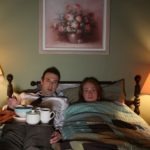