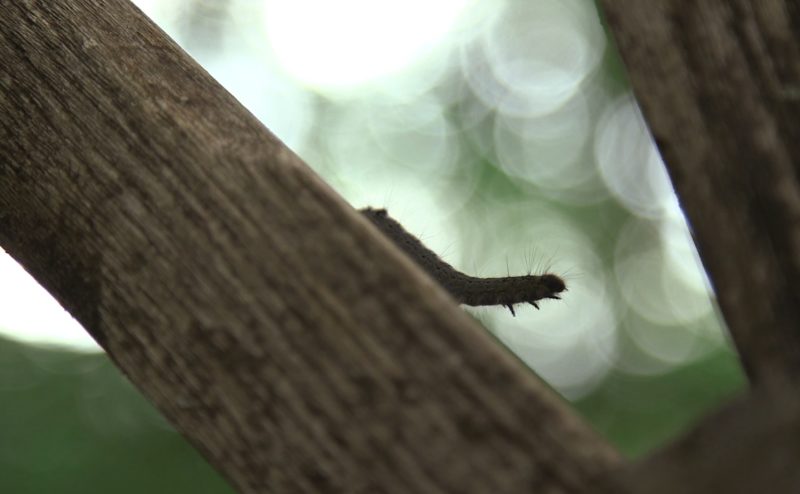 Eileen shares her story as the Earth's "canary in a coal mine" in the environmental documentary Canary Red.

We asked filmmaker Carrie Cullen about the inspiration behind her documentary Canary Red, and her commitment to using film as a tool for social change.

Eileen is a meditation teacher, author, and psychologist. At age 82 she takes on a new identity: a “canary in a coal mine” for a society rapidly disconnecting from nature. After toxic exposure in a senior living community, Eileen has developed Multiple Chemical Sensitivities, an illness causing a severe allergy to all synthetic chemicals and fragrance. In Canary Red, an experimental documentary shot on the organic farm where Eileen seeks refuge, she shares her story.

Canary Red screened at the Emerson Film Festival and in the Mass Reality Check program at the Salem Film Festival. You can currently watch it streaming as part of the 2019 Online New England Film Festival. We caught up with filmmaker Carrie Cullen on her inspiration for this film, and her commitment to using film as a tool for activism.

Carrie Cullen: I grew up in a rural small town, without TV and about an hour from the nearest movie theater. I hardly interacted with media and didn’t consider filmmaking.The turning point came in seventh grade. I was shy and bullied, and had some serious problems with the administration that I knew were mirrored by my classmates.

I borrowed a rickety old tape camera from a guidance counselor and decided to make a documentary featuring perspectives from the student body on what needed to change in the school. It was the moment I found my voice. Filmmaking has remained my medium to fight for equality. I ultimately went to film school at Emerson College, where I graduated last year.

Cullen: This film was my senior thesis project in college. The intent was to make an environmentalist film, evoking action by celebrating the beauty of our natural world. This project started out as a silent landscape film shot on an organic farm, where I lived for the duration of production. After settling onto the farm, I met Eileen, who is featured in Canary Red. Eileen was living on the farm seeking refuge and healing. As soon as we met, I immediately knew her story needed to be told. She calls herself “a canary in a coal mine,” a sentiment I agree with. Though this is the story of one person – it struck me as a warning for us all.

NewEnglandFilm.com: What has audience reception been like so far for Canary Red?

Cullen: It has been so amazing to share this story across my community. It’s also been wonderful to see my work on a big screen and to share the viewing experience with strangers. The biggest gift has been feedback from those who watch the film, who tell me they will think about the world a little differently after watching.

NewEnglandFilm.com: What can you tell us about the crew for this film?

Cullen: I was privileged to work with one of my biggest inspirations—my high school film teacher—who helped with sound on this project!

Cullen: I’m sticking with my passion for documentary and the natural world to keep telling stories of the planet. I’m working on a project about the food system right now and am also doing freelance communications for environmental organizations.

Cullen: My advice is to do it! If I can, you can. Sometimes the hardest part of filmmaking can be embracing vulnerability. But if the story feels worth telling, I encourage anyone out there to try telling it. We are all storytellers, regardless of experience or budget.