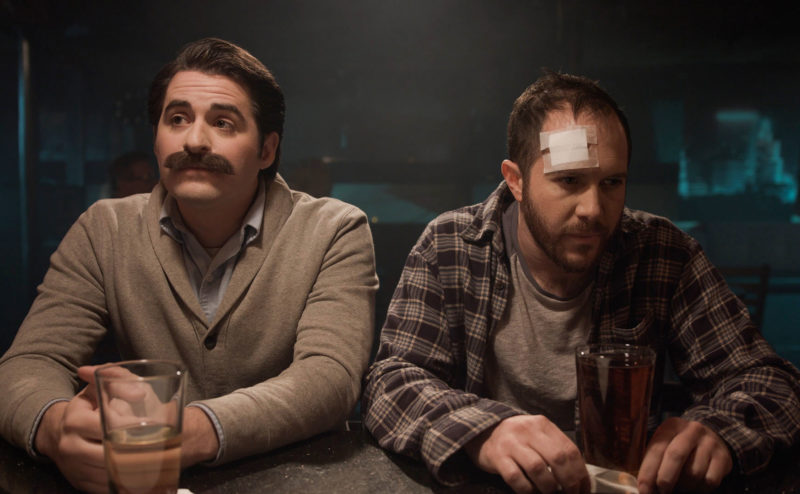 The Wrong Todd will screen at the SENE film festival.

The launch of the Wesleyan Documentary Project, and other film news plus more happenings, opportunities and industry buzz.

Celebrate the Women in Comedy Festival in Boston May 2–5. The festival is presented by HBO; events will take place in several Boston venues. For tickets and to learn more, visit wicf.com.

Check out the Maine Student Film Festival on May 24 at Bangor’s Gracie Theater. Get tickets and more information here.

Check out the SENE Film, Music & Arts Festival May 15–18 in Rhode Island. Events will take place in Providence, Jamestown, and Warwick, including the Rhode Island premiere of locally produced film The Wrong Todd (pictured above) on May 18. Learn more here.

The Mass Production Coalition hosts two events this month. The Spring MPC Meeting will take place on May 15 at Boston’s District Hall; Women Connect will be on May 28 at Cambridge Innovation Center. For tickets and more details, click here.

The Berkshire International Film Festival runs May 30 through June 2. The festival will take place in Great Barrington and Pittsfield, and include a tribute event with Martin Scorsese. For tickets and a full schedule, visit biffma.org.

Celebrate the Greenwich International Film Festival May 29 to June 2. The event features a gala, screenings, and VIP passes. Visit greenwichfilm.org for more details.

The television series The Society premieres on Netflix on May 10. The show was filmed in several Massachusetts towns and is produced by Christopher Keyser and Marc Webb. Watch the trailer and read more from the Massachusetts Film Office.

In Fall 2019, Wesleyan’s College of Film and the Moving Image (CFILM) is launching the Wesleyan Documentary Project, an initiative to teach, support, and produce nonfiction film and video. The project will be led by Tracy Heather Strain and Randall MacLowry ’86, the duo behind the Boston-based documentary film company, The Film Posse, will join Wesleyan’s faculty as professors of the practice, teaching courses in documentary creation and studies. See more info.

ITVFest is changing its name to Catalyst and moving out of New England. Read more here.

The Online New England Film Festival is now open for submissions. Films must have a New England connection, have already screened at a New England film festival, and be under 30 minutes. Earlybird deadline is June 1, regular July 1. For more guidelines and information, click here.

Vermont’s Middlebury New Filmmakers Festival is open for submissions. Deadline is May 21. For rules and more information, visit the festival website.