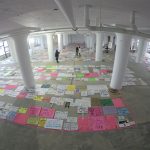 After the 2017 Women’s March in Boston, professors from Northeastern University collected over 6,000 protest signs, creating a living archive of the signs. Art of the March highlights the living archive project as well as the role of protest signs and the function of protests in our democracy.

New England Connection: We produced our film at Northeastern University in Boston, MA and have submitted it to several New England film festivals since. We are excited to now be apart of the Online New England Film Festival!

Connor Lewis: Growing up in NH, Connor was surrounded by beautiful scenery which developed his appreciation for the picturesque. In his creative quest, he turned first to photography and later to videography when he joined NUTV, a student filmmaking organization, in college. There, he developed his technical and leadership skills to become the president of NUTV, while being involved in the production of narrative shorts, documentaries, and even a musical. Connor is eager to develop his skills further and see where his passion takes him! 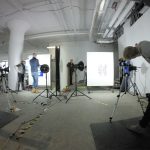 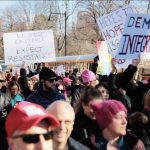