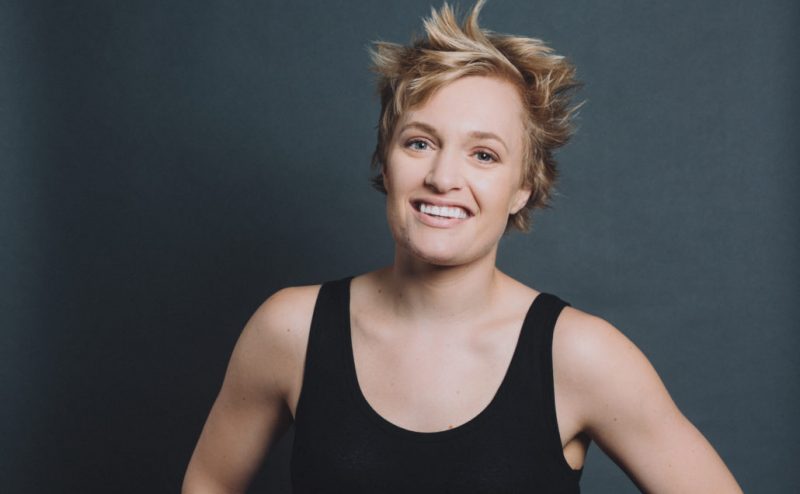 Comedian and Actress Emma Willman, who grew up in Maine, is one of the confirmed headliners for the Women in Comedy Festival to take place in Boston.

Check out the Oscar-nominated films you missed at Portsmouth New Hampshire’s The Music Hall this month. The theater will screen films including Three Billboards Outside Ebbing, Missouri, Call Me By Your Name, Blade Runner 2049, and Oscar animated, live action, and documentary shorts over the next several weeks. Check out their calendar for showtimes.

The Harbor Theater in Boothbay Harbor, Maine presents special screenings of The Sounding on February 1 and 2. The film takes place on Monhegan and was shot in Maine by writer-director Catherine Eaton. Maine Film Center directors Mike Perreault and Ken Eisen will introduce the February 1 screening. Learn more here.

Boston’s Chlotrudis Society for Independent Film have announced their 2017 nominations. Nominated films include Call Me By Your Name, I, Tonya, and After the Storm. Winners will be announced at a dinner on March 18. For the full list and more details, check out the Chlotrudis website.

Applications for the sixth-annual Stowe Story Labs, held in Vermont, opened on February 1. The Labs help top emerging screenwriters, filmmakers, and creative producers get work made and seen, providing participants with four days of small group workshops with industry mentors, peer-to-peer collaborative groups, industry panels, skill and craft workshops, and business related informational sessions that explore new approaches to producing, financing, and distributing work. NewEnglandFilm.com community can receive a 15% off the early bird submission fee of $40 with the code NEFSSL, and all New England-based filmmakers, writers, and producers can be considered for a NewEnglandFilm.com Fellowship to the Labs. For more information and to apply, click here.

The Salem Film Fest’s Mass Reality Check is now open for submissions. College students and recent graduates are encouraged to submit documentary short films. Deadline is February 23. For official guidelines on who is eligible to apply and more information, click here.

Submit now to the Nantucket Film Festival. Withoutabox extended deadline depending on categories is either February 16 or March 12. Learn more here.