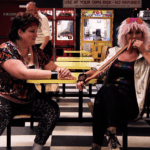 Flippy Day, an obscure holiday sacred only to roller skaters, is observed by its unique followers.

New England Connection: Everyone in the cast and crew lives or has lived in Maine. The location of the film, Happy Wheels, has existed for over 30 years and still attracts skaters, young and old, from all over the state. 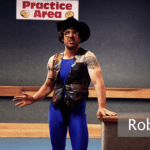