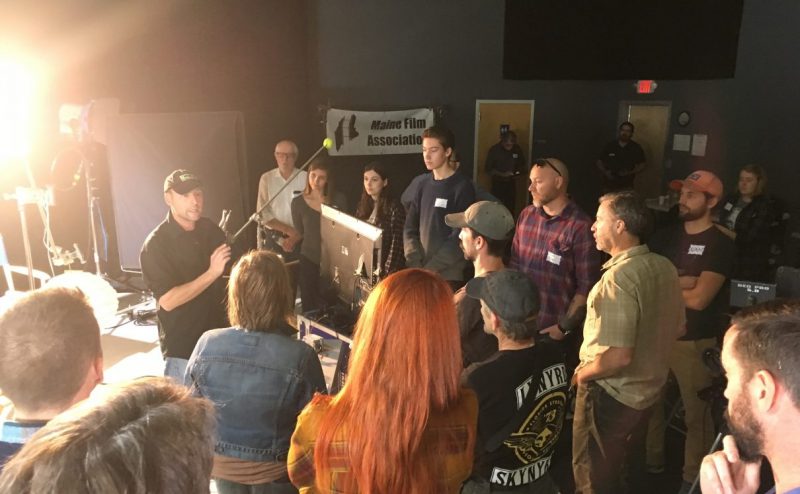 A workshop conducted at the Maine Film Association Annual Meeting, which will be happening on December 9.

Spend New Year’s Eve with Hitchcock at the Brattle Theatre’s triple feature, part of their repertory series on costumer Edith Head. Watch Vertigo at 3 pm, Notorious at 5:45 pm, and To Catch a Thief at 8 pm. Learn more and get tickets at here.

Get in the holiday spirit this month at Concord, New Hampshire’s Red River Theaters. The theater will host special screenings of Elf on December 9, The Polar Express on December 16, and White Christmas on December 17. Learn more at redrivertheatres.org.

Check out the Maine Film Association’s Annual Membership Meeting, Postproduction Workshop, and Year-End Reception on December 9 from 1-7 pm at the Portland Media Center. Event is for members only; contact the MFA to join or renew your membership. Learn more here.

Stamford, Connecticut’s The Avon hosts a free screening of The Muppet Christmas Carol on December 2 at 10 am. Donations for a holiday food drive appreciated. For more information, visit the theater’s website.

The Boston Society of Film Critics will announce their award winners on December 10. Read more here.

The deadline for LEF New England’s Moving Image Fund grant is approaching. Production and post-production letters of inquiry are due by January 26. Learn more at the LEF Fund.