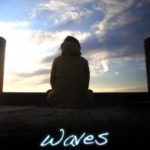 With the growing pressure on teens and young adults to be accepted into the best colleges and to excel to the highest degree in anything they attempt, do we ever wonder what becomes of those that don’t make the mark? Waves chronicles a few days in the life of Norah, an only child who continually strives to make her parents proud without success. Now a college graduate, Norah moves back home to live with her aunt in Cape Cod, Massachusetts after being rejected from grad school and unable to find a job. In an attempt to capture the happiness she remembers feeling in the Cape, Norah tries to re-create her past life. She returns to a part-time job, a self-centered aunt, and a cheating boyfriend, trying to forget that her parents think she has no a chance in the world for success. Will Norah ever realize that it is not what her parents expect but what she chooses to do with her life that defines who she is?

New England Connection: Waves was filmed in Wellfleet, MA on Cape Cod. The film received much local support from local businesses and leaders, and it features three local residents and may well known Wellfleet locations. The director has a long history with Wellfleet, as her family has summered in Wellfleet since the 1950s. Although Waves explores the challenges of leaving home, the film is also a tribute to the beauty of Cape Cod.

Director(s) Bio:: Since being accepted to New York University’s Tisch School of the Arts, Emily Harrold has dedicated herself to the film industry. Her directorial debut, The Piggly Wiggly Horror, screened at The Indie Grits Film Festival in April of 2008. While at New York University she has worked on countless films, ranging from student to professional, and narrative to documentary. In the spring of 2009 she assistant produced a web-series, Obelisk Road, which aired on Beneflix.com and supported the nonprofit organization Seeds of Peace. Her photo exhibition, The Perfect Dancer, was selected amongst the best and screened at the Tisch Freshman Showcase in the Fall of 2009. In October 2009, Emily traveled with a team of more than 25 people to Cape Cod, Massachusetts to direct the short film Waves. Waves screened at a variety of film festivals, including the Woods Hole Film Festival and the Provincetown Film Festival in the Summer of 2011. In the winter of 2010, Emily was honored to have her adaptation of the American Girl Addy Stories, Maya Learns a Lesson, screened at the Little Theater’s Emerging Filmmakers Series and the Tisch School of the Arts Director’s Series in February 2010. Her work as a producer has taken her across the country from New York to San Francisco to Massachusetts. Many of these films screened at festivals throughout the United States.
Emily began working for Tisch’s Fusion Festival in her first year at NYU. She now sits on the Executive Board, and has held a variety of titles including Program Coordinator, Editorial Director, and Alumni Relations. Emily also enjoys working at film festivals and has worked The Tribeca Film Festival in New York, The Raindance Film Festival in London, and The Provincetown Film Festival in Cape Cod.
While continuing study at New York University, Emily devotes time to interning within the film and television industry. During the Summer of 2010, Emily interned for KPI TV, a documentary film company that produces films for networks such as National Geographic, the History Channel, and HDTV. In the Fall she traveled to London, England, where she interned with the BBC and worked on a mini-series titled Evan Davis’s Business Nightmares that aired on BBC2 in the Spring of 2011. Emily spent the spring of 2011 interning with Gigantic Pictures. She is currently in production for a short form documentary exploring the New York Times’s under-reporting of the Holocaust during World War II. 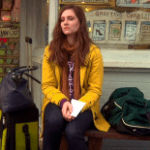