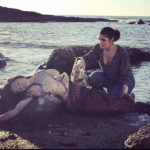 A dark fantasy film about a mermaid who encounters a mother and her daughter.

New England Connection: Chloe was raised in West Hartford, CT. Her paternal side has roots in Rhode Island. Her father was born in Westerly and grew up in East Greenwhich, Rhode Island. Chloe spent many weekends and summers going to the beaches Naranganssett and Newport.

Director(s) Bio:: Chloe Gardiner is an aspiring filmmaker. She was born in Washington D.C. and grew up in West Hartford, CT. Ever since she was a child, Chloe has been fascinated with fantasy and fairy tales. Chloe attended The Catholic University of America where she earned her B.A. in English Literature and recently graduated from Loyola Marymount University where she earned her M.F.A in Film and Television Production with an Emphasis in Directing. While at LMU, Chloe has written and directed 6 of her own films. She has a penchant for genre storytelling and exploring unseen worlds. "A Siren’s Sorrow" is Chloe’s first foray into horror fantasy. 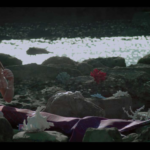