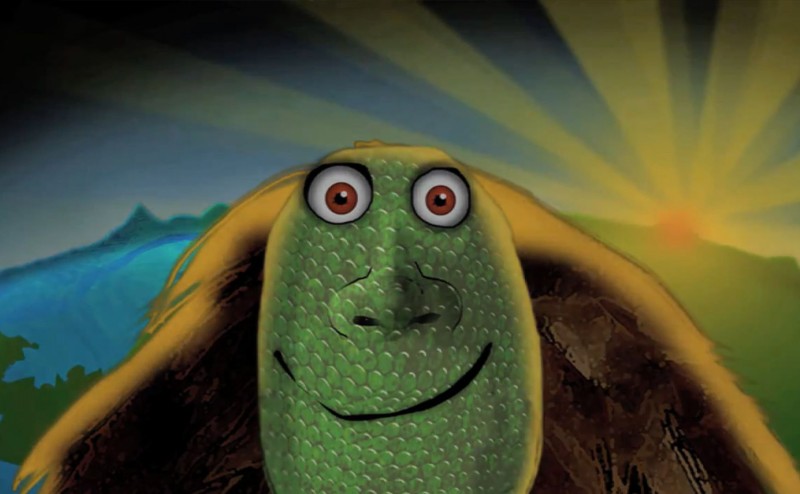 Festival Interview: The Something

An interview with animator Tom Babbitt about re-imagining his mother's children's story The Something as an animated film.

Tom Babbitt talks about hearing his mom’s stories as a child, becoming an animator and being a “fierce champion of your own work.” His film, The Something, which screened as part of the Providence Children’s Film Festival, is currently available to watch on NewEnglandFilm.com as part of the 2016 Online New England Film Festival.

People often find inspiration for their films in their families, but Tom Babbitt is especially lucky in that regard. His recent film The Something is an animated re-imagining of the children’s classic by his mother Natalie Babbitt, beloved author of Tuck Everlasting. In the story, a monster boy lays awake at night, frightened that “something” will come through his window.

Of course, it take more than luck to make a seven-minute animation film—it takes a great deal of skill, time and hard work too. Here, Babbitt talks about hearing his mom’s stories as a child, becoming an animator and being a “fierce champion of your own work.” The Something, which screened as part of the Providence Children’s Film Festival, is currently available to watch on NewEnglandFilm.com as part of the 2016 Online New England Film Festival.

NEFilm: What was your inspiration for making this film?

Babbitt: I grew up listening to my father read my mother’s children stories aloud. The Something was one of my favorites as it has a wonderful twist to it. To be able to carry on this legacy is very exciting and a great honor.

NEFilm: When did you start making films?

Babbitt: I have always wanted to make movies, and I did study animation in college. I began by doing flip books inside the pages of my math books in high school, but did not take it to the next step until very recently, when the technology was such that I could basically do it all myself from the desktop.

NEFilm: Now that you’ve started – do you plan to continue to make films?

Babbitt: I am in the final stages of another, slightly longer, children’s animated short called “The 49th Magician,” a story penned by my father this time. It’s a bit more ambitious in its scope, with an original score and original song, just like The Something. Having studied music theory and composition in school, and having played in bands and written songs for 40 years, it is thrilling should be able to apply this skill to animation.

NEFilm: Besides your background in animation, what keeps you coming back to this type of filmmaking?

Babbitt: Although it is crazy working on animation as it takes up an incredible amount of time, I feel as though my fairly wide range of skills—animation, editing, voice acting, music composition and songwriting, etc.—all come together in this animation art form. I’m having too much fun!

NEFilm: Where has your film been shown?

NEFilm: What sort of advice would you share on making films?

Babbitt: The only advice I would offer would be to “pretend you are already a filmmaker” in the sense that, disengaging from the commercial end of the business makes it possible for the artist to be the final arbiter of success or no success. Audiences can be fickle, reviewers can follow trends that come and go… Just be a fierce champion of your own work and, in a way, success is assured.

Watch The Something on NewEnglandFilm.com through October 15 as part of the 2016 Online New England Film Festival.