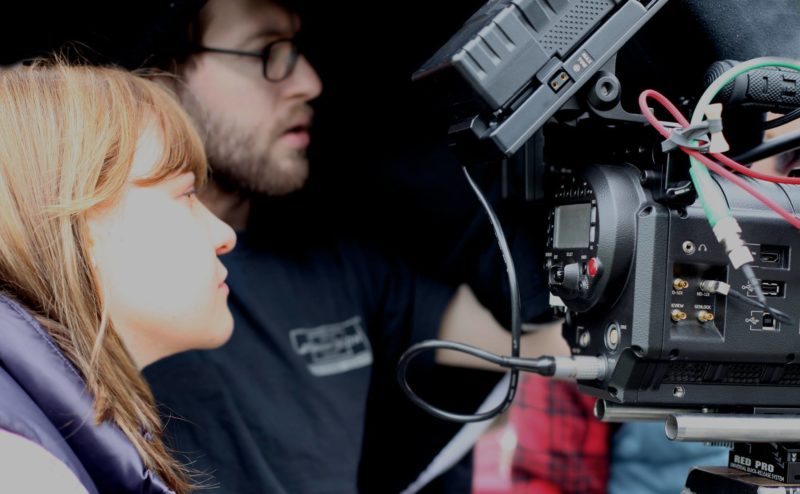 Director Kerstin and DP Jason Beasley on the set of Fair Haven.

From Short to Feature Film Director

​Fellow female filmmakers discuss work, life, and more in this new series, Females in Film. For this installment, NewEnglandFilm.com writer Catherine Stewart talks to Kerstin Karlhuber about her latest project, Fair Haven, and making the leap from short to feature film directing.

When I last spoke to Kerstin Karlhuber in October last year, we discussed how real life experiences can spark great ideas. In the first part of this two-­part interview, I caught up with Karlhuber to find out how her latest project, Fair Haven, is progressing.

“Fair Haven is in the final stages of post production. It will be complete in the coming weeks!” Karlhuber exclaims. They are currently putting the finishing touches to the original score by Christopher Farrell and they will have their distribution plan completed in a matter of days. Release details for the film will be available soon.

Fair Haven tackles the dangers of reparative, or ex­gay therapy. It follows a confused young man’s journey through trying to be who everyone else wants him to be, yet knowing deep down that he has to be true to himself. 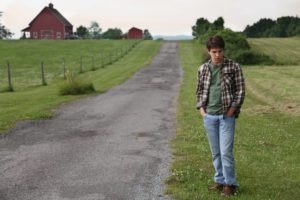 A still from Fair Haven. Photo by Denise Dorado.

Karlhuber worked with fellow Boston University graduate, Jack Bryant to create the work. “Jack and I have worked together for years, we have a solid system down now.” Karlhuber explains that they have very different perspectives and strengths which serves the work well. “We’re able to come together and compromise on different issues that arise, but I trust him, so I know that if he puts his foot down about something it’s what’s best for the script and vice-­versa.”

Karlhuber and Bryant worked together on the story of Fair Haven before he went off to write the screenplay alone. “He was on the set of Fair Haven about half of the time, I would call from time to time if we needed to change something on the fly and he wasn’t there. He was a great support throughout the process, I felt like we were in it together. We worked so long and hard on development and pre­production so to share the excitement of production was gratifying.”

Karlhuber also found that it wasn’t just herself who found it important to speak to Bryant about the text, “[T]he actors seemed to really like discussing the script with Jack and on the tight schedule we were on, that was a great help to me,” she says.

Like Bryant, the film’s cinematographer Jason Beasley is also a BU graduate. “He’s shot all but one project of mine when I was out in LA and didn’t have the budget to fly him out,” says Karlhuber. “Jason and I worked for what seemed like an eternity on prep, that meant shot lists, sketches for more complicated scenes, brainstorming, discussing. I sent him scenes from films that had a style I wanted to emulate, tones, colors, lighting, camera set ups. We worked together during pre­production, but also went into more detail during production on our days off, early mornings or late nights to prepare for upcoming scenes. We went into each day on the same page and because of all the work we’d done we were ready to make quick changes if we ran into challenges or difficulties.”

Having a close working relationship with her collaborators is important to Karlhuber. “When Jason and I decide on how to set up a shot, I know what I’m going to get. I need that confidence so I can go off and work with the actors or whoever else needs me. I also know that he always has the project’s best interests at heart. He does his best to give me exactly what I want, but he’s not afraid to tell me if something isn’t working, or we just don’t have time. You need that kind of honesty from someone you trust.”

Fair Haven is Karlhuber’s first feature and having these relationships was a great comfort to her ­ having a sounding board in the trenches with her, knowing that someone “had her back during the stressful times.”

She acknowledges the huge jump between short­-form and feature work, but managed to overcome it. “During production I tried not to get overwhelmed by how much material we had to cover. I thought of each week as shooting a short.” Legacy Cleaning, Karlhuber’s short was filmed in five days. “Of course my mind was always on the overarching story and character arcs, but mentally I had to break it down into the tiny chunks we were tackling at the moment. I spent the days off prepping for the entire week and then early each morning I’d work alone for several hours on just what we were shooting that day.”

Before each scene Karlhuber would prepare a small chunk and try to let everything else go. But she believes that it is the huge amount of preparations before production even begins that allows for the most flexibility when problems, or changes arise.

I asked Karlhuber for some advice, for emerging directors. “You can’t prep enough. I thought I had exhausted that process going into Fair Haven, but on my next feature I plan to do even more,” she says with a smile. “Also, I’d say trust yourself. Every time I had a gut feeling about something on set and didn’t correct it,” she claims this was often due to their tight schedule. “[…] I’d kicked myself in editing. It’s your vision and that’s what makes the film cohesive, from one perspective. So no matter what,­ trust yourself, get what you need and want in the moment.”

But Karlhuber also knows that you can’t do it alone; you need every person on top form. This means putting even more time in during pre­production to get the right team together. “Even if you don’t have a lot of money there are people out there who will do their best if your script speaks to them, find those people whenever possible. Fair Haven wouldn’t exist if it weren’t for people like that.”

In the final part of this two-­part interview with Kerstin Karlhuber, director of Fair Haven, we will discuss fundraising and the future of her growing production company, Silent Giant Productions.