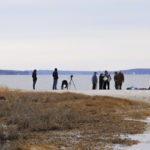 In 1846, en route to California, the Donner Party became snowbound in the mountains for weeks without food. Amid hardship and escalating tensions, Eliza Donner seeks comfort from the handsome and mysterious James Reed, Jr., despite his appetite for secrecy. In time, the two sweethearts hunger for each other, but what is it they crave?

New England Connection: Donner Party: The Musical was created as the thesis film for Andrew Migliori (RI native) in his senior year at Rhode Island School of Design. As such, the entire crew was populated by RISD students, the music was written by Brown University students Jonah Kagan and Isaac Goldberg, and arranged by RI native and musician/thespian David Tessier. The cast members were either local actors or Brown University students, and the film was shot on location in Tuftonboro, NH and Barrington, RI.

Director(s) Bio:: Andrew first fell in love with movies when he saw Toy Story as a kid. Although he intended to pursue animation, as time went on, he became fascinated with visual storytelling as a whole. Perhaps the most educational and life-shaping experience for him was watching the entire IMDb Top 250 list over the course of about four years. It opened his eyes to classic and contemporary films around the world and continues to inform his work to this day.
Andrew has an overarching career goal to entertain the masses and to bring as many smiles to as many people as possible. Keep your eyes out—maybe you'll see one of his films on the Top 250 before too long... 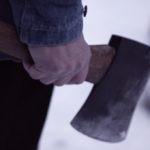 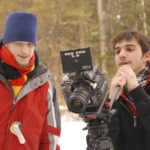