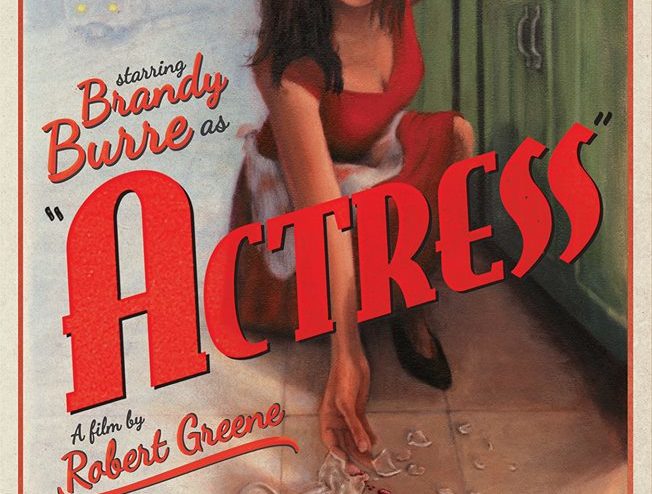 The Brattle Theatre in Cambridge, Massachusetts hosts its Fifteenth Anniversary Oscar Party on February 22nd. Party and fundraiser begins at 5:30 pm, with ceremony viewing at 8:00 pm. Party admission requires minimum $50 donation; ceremony viewing is for members only. For more details and to RSVP, click here.

Celebrate the Academy Awards at the Red Carpet Experience: Providence on February 22nd starting at 6:00 pm at the Vets. The Flickers: Rhode Island International Film Festival presents an evening that includes music, food, drinks, a silent auction, viewing party, and more. Tickets are $100. For more information and to purchase tickets, click here.

The Avon Theatre in Stamford, Connecticut hosts a Red Carpet Oscar Night Party on February 22nd at 6:30 pm. The party will include cocktails, dinner, and costume prizes. To purchase tickets, visit the Avon website.

Chris Pratt will receive the Man of the Year Award from Harvard University’s Hasty Pudding Theatricals on February 6th. For more information about the event, visit the Hasty Pudding website.

The University of Massachusetts Boston Film Series kicks off this month with a screening of The Possibilities Are Endless on February 26th at 7:00 pm. Screenings are free, open to the public, and include filmmaker Q&As. For the full festival schedule, click here.

Magic Lantern Cinema presents ‘Masses and Swarms’ on February 5th at 7:00 pm at the Cable Car Cinema in Providence, Rhode Island. The event will feature works focusing on crowds and masses through several short films. Tickets are $5. To learn more, click here.

The Reel Abilities Disabilities Film Festival comes to Boston February 19th to March 2nd. The festival highlights the lives and artistic works of people with disabilities. For a list of films and festival venues, visit boston.reelabilities.org.

The DocYard presents a screening of Actress (pictured above) at the Brattle Theatre on February 9th at 7:00 pm. Director Robert Greene will be in attendance for a Q&A. To read more about the film and purchase tickets, visit the DocYard website.

The Banff Mountain Film Festival tours New England this winter. Screenings will take place this month in Maine, New Hampshire, Massachusetts, and Connecticut. For a list of venues and more information about the festival, click here.

The Boston Sci-Fi Film Festival runs February 6–14. Films screen at the Somerville Theatre. For a festival schedule and to purchase tickets, visit bostonscifi.com.

Massachusetts filmmakers Amy Geller and Allie Humenuk have finished filming their feature documentary The Guys Next Door, which follows a gay couple raising their two daughters. To read more about the film and make a donation, visit asquaredfilms.com.

Amy Poehler was at Harvard University on January 29th to receive the Hasty Pudding Theatricals’ Woman of the Year Award. Read more about the parade and event from the Boston Globe.

The documentary 100: Head/Heart/Feet, produced by New Hampshire’s Hammer & Saw Films, will hold several screenings around the country, including New England, this winter and spring. Read more about the film and screenings here.

First Run Features will distribute the feature documentary Nelson Algren: The End is Nothing, the Road is All, directed by Mark Blottner, Ilko Davidov, and Vermont filmmaker Denis Mueller. Read more about the project at the film’s website.

Nominations for this year’s Academy Awards were recently announced. New England connections include Massachusetts native Steve Carell for Best Actor and Robert Duvall for Best Supporting Actor for The Judge, filmed in Massachusetts. The Oscars will be held on February 22nd. Read the list of nominations here.

The Salem Film Fest is now accepting submissions for this year’s event, which will take place in March. College students and recent graduates working in short and experimental documentary film are encouraged to submit to the festival’s Mass Reality Check, a college documentary shorts showcase. Selected students will receive all access passes to the festival. Submission deadline is February 13th. To learn more, visit salemfilmfest.com.

The New Hampshire High School Short Film Festival is currently open for submissions. Students enrolled in a New Hampshire high school grades 9–12 or homeschooled students ages 14–18 may submit. For rules and guidelines and to submit a film, visit nh.gov/film/fest.