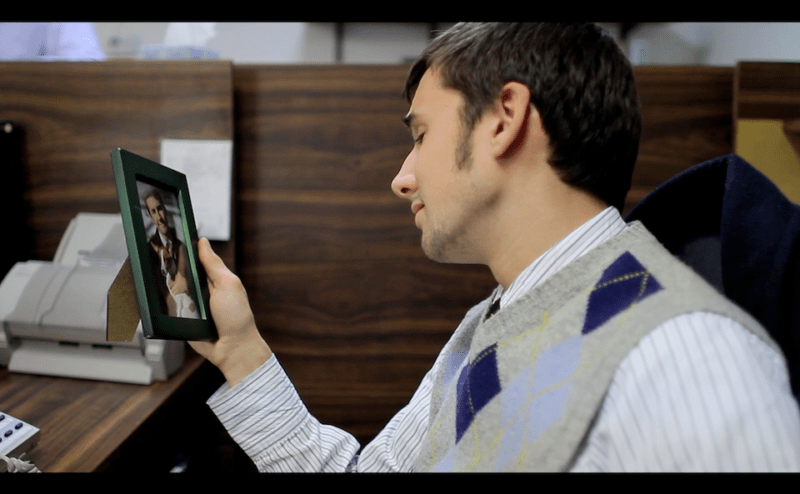 Share
The NewEnglandFilm.com Festival brings together filmmakers from all over New England, with all different styles and stories to tell. Every week, we will be publishing interviews with new festival filmmakers. This week, hear from Todd J. Lajoie about his puppy love comedy, Buddy Love.

New Hampshire filmmaker Todd J. Lajoie and his friends have been making films together since their junior year of high school, and Todd has used being “that really strange kid” to make films like Buddy Love, a “stupid-funny” comedy adventure about what happens when a group of “dim-witted friends take the case” to track down their buddy’s missing dog.

Alli Rock: What inspired you to create this film?

Todd J. Lajoie: Well, considering this was a student film, I had to rush it as much as possible. With a workload of 6 other courses I literally had maybe two or three weeks to write and plan the shooting of the entire film in between my other classes. I know it’s only half of an hour, but it was one BUSY semester for me.

With that in mind I knew whatever funny idea popped into my head I needed to stick with. You know, because if you keep changing your ideas you’ll NEVER finish anything — especially under strict time constraints.

Now with all of that in mind, imagine a guy who went everywhere with his dog: played games, read books and watched movies while his pup snuggled between his legs…yea, I’m referring to myself. I thought it’d be so funny to create some guy similar to people like myself and just make them all REALLY stupid.

I love stupid-funny. I still laugh when I watch it. Nick Brough (Walter) and the rest of the crew are the best and many more films are to come! Be prepared to laugh!

AR: Is it true what they say about dogs being difficult actors to work with?

Lajoie: Oh, yea. I mean, she’s (that’s right, Buddy is a female) the sweetest pup you could ever imagine but around the lights and new people she was scared 90% of the time. I’d have to put the camera down and love on her for a few minutes to get her to relax.

One thing that was tough was getting Buddy to lick Walter’s face when he comes home from work. We ended up putting peanut butter all around his mouth and Buddy LOVED that! We were all laughing so hard because Nick Brough just kept going with it. What a great actor!

Just remember; with the right amount of peanut butter and dog snacks, you may just get their attention long enough to get your shot.

AR: It sounds like you have a core group of friends that you make a lot of short films with. What kind of challenges/benefits does that bring to production?

Lajoie: My friends and I have been making films together since our junior year of high school (2000). That makes 12 years now. My best friend, Rick Wheeler, has been in almost every film that I’ve done since then. Big or small, he’s been in them. In Buddy Love he played the paint sniffer in the alley near the end.

The main benefit of working with people you know well, or even people you’ve worked with before, is that you generally spend less time explaining things because they know exactly what you mean and how you operate right from the start. Newer people who don’t know how weird we are usually tend to need some warming up.

I’ve even been working on my first feature (which will be a family-oriented film) and I want all of my friends involved in one way or another. I love my friends I couldn’t have done Buddy Love, or any other film without them.

AR: How has living and working in New England affected who you are as a filmmaker?

Lajoie: Other than freezing in the winters and melting in the humid summers, again, I have to admit that it all comes down to the people. Other kids always thought I was weird growing up (and still do to this date), but without my friends I would never have had the support and encouragement to do what I do now.

Also, the film community is amazing up here. If anyone has ANY film questions about permissions for locations or finding actors or anything at all I have to recommend Matt Newton of the New Hampshire Film and Television office. Matt pulled me out of some pinches just by knowing whom to call. Thanks, Matt!

AR: How was your experience at the Somewhat North of Boston Film Festival?

Lajoie: It was great! I’ve been going to SNOB since the 2010 festival and every year it’s a lot of fun. They have such a great variety of films and that’s what I really like best about them.

I mean, I’ve seen some messed up films (art pieces) and some beautiful films that make you appreciate the beauties of our life and surrounding nature…then there are my films. I really recommend people come out to the 2012 SNOB film festival.

Buddy Love is screening as a part of the NewEnglandFilm.com Festival from Sept 1 through October 15. Check it out here.

Buddy Love is screening as a part of the NewEnglandFilm.com Festival from Sept 1 through October 15. Check it out here.