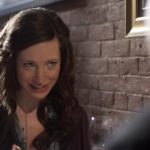 Dark Scribbles is the story of Angela Roberts, a talented psychic whose recent visions may have greater meaning then what they initially appeared to have. It seems that her psychic abilities and her professional and personal relationships are becoming intertwined. With the help of her husband and friends she soon realizes that sometimes nothing is exactly what it’s supposed to be.

Director(s) Bio:: Writer/director Michael Venn is currently a producer on a documentary about the '90s music scene in Portsmouth, NH called In Danger of Being Discovered, writing a feature entitled Boys Raising Men. He was a co-producer and music supervisor on Juston McKinney's web series Hosed.
Dark Scribbles came out of a short film script that Venn wrote in early 2009 called Dyslexic Psychic, which placed in the top 10 of the New Hampshire Film Festival. Dark Scribbles has screened at numerous film festivals including the 2010 New Hampshire Film Festival, the 2010 SNOB (Somewhat North Of Boston) Film Festival, the 2010 Woods Hole Film Festival and the 2010 Cannes Short Film Corner.
Writer/Director Michael Venn is currently working on his next short film The Parking Ticket. 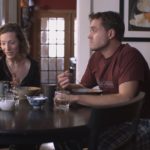