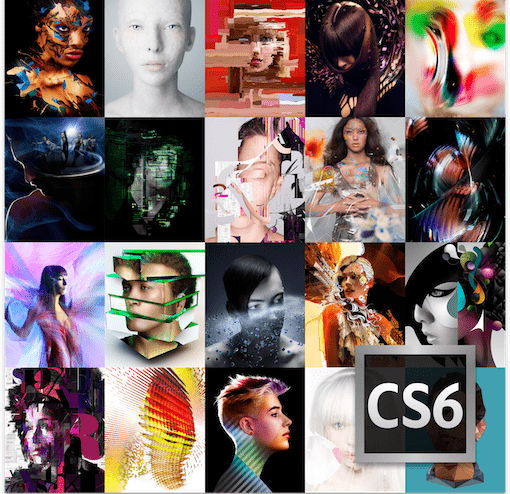 With Creative Suite version 6, Adobe has raised the bar yet again with a comprehensive set of applications for TV, commercial, web and film post-production. CS6 is a 10!

With CS6, Adobe has not only book-ended the post-production process with Prelude and SpeedGrade, but added a truly extensive list of new features to the core products.

Adobe has given Premiere Pro a new interface that includes larger preview thumbnails of video files. It’s really not fair to call them thumbnails anymore because they’re large. And with a host of new features such as hover-scrubbing of the clips and the ability to set in-out points right from the thumbnail, Adobe has delivered on its claim to make editing easier and faster.

Adobe has also dealt with one of the frustrating elements of previous versions — audio tracks. While it made sense that the audio tracks should be either stereo or mono, in practice having a mixture of stereo and mono tracks made for a cluttered timeline.

In CS6 this issue is completely gone, like it never existed. Every audio track can contain both stereo and mono clips. It’s simply audio.

Premiere Pro also allows the editor to work his or her own way and not lose any time or functionality. Trimming clips can be done in the timeline, program or source monitors, or within the clip thumbnails, using the mouse or keyboard commands — and all while the clips are playing in real time.

Editors can even adjust the settings of filters on the clips while the clips are playing, and watch the changes in real time. That’s pretty amazing.

Premiere has inherited a few features from its cousin After Effects, saving the need to leave Premiere to perform these in AE. The three biggest crossover features are the enhanced three-way color correction, warp stabilization and adjustment layers.

Adjustment layers are familiar to users of After Effects and Photoshop. They are invisible layers that apply filters or other image adjustments across a span of clips or graphics. This is more efficient than applying the same filter or adjustment over and over onto multiple clips, because if a change is desired then it must be made one at a time to all the instances of the filter on every clip. So an adjustment layer is sort of like a blanket adjustment over many clips, where any change is applied across all the clips beneath it.

In CS6, Adobe had the bright idea to incorporate adjustment layers into Premiere Pro as well. So now, for example, instead of having to apply a contrast adjustment filter onto every clip in the timeline, an editor can simply apply it to an adjustment layer over all the clips. One and done.

The industry standard of motion graphics applications also gets a major facelift in CS6.

If the Premiere Pro team went all out to make their editing app’s workflow easier and more efficient to make it a solid ten, the After Effects team notched that concept up to eleven.

(If you’ve been keeping track over the years, this is actually version 11 of After Effects since its inception by the Company of Science and Art in Providence, RI, in 1992, and through its acquisitions by Aldus and then Adobe. The individual product version numbers were abandoned after version 5 when Adobe began bundling the products under the Creative Suite banner. But astute pop culture cinephiles will get the developers’ joke in referring to version 11 under the codename Spinal Taps.)

Previous versions of After Effects had a decent two-point tracking feature, a necessary component of placing or replacing elements within a moving image. More robust third-party trackers, such as CameraTracker, Mocha Pro and Boujou, were required to track complex shots.

CS6 continues to include the brilliant planar tracker Mocha AE, but now offers its own 3D camera tracker for extensive analysis and tracking of all sorts of moving images.

I personally put AE’s camera tracker to the test on a challenging shot to place a still image of a truck onto the side of the road in a moving video shot. AE’s old motion tracker couldn’t accurately track the shot because there weren’t enough solid points in the video to track with the perspective of driving forward down a dirt road.

Mocha AE and Mocha Pro were not the right tools for this shot, either, as there were no “planes” of texture to track. The third-party CameraTracker filter from The Foundry did better but ultimately struggled to pin accurate tracking markers on this admittedly poor shot.

However, AE’s new built-in 3D camera tracker worked the first time and gave me an excellent set of markers onto which to pin the truck image. Despite the bumpy handheld video shot, I was able to make it appear as if the truck was actually there on the side of the road the whole time.

Now this is not a criticism in any way of CameraTracker or Mocha. They are awesome tools. But different situations call for different solutions, and the addition of AE’s 3D camera tracker is an amazing built-in feature.

AE CS6 has a huge number of other enhancements, such as rolling shutter repair, vector graphics extrusion, variable feathering controls on masks, ray-traced shapes and text, and more built-in effects.

Perhaps the biggest improvement is one you can’t see but will notice right away. The new global performance cache feature rethinks how After Effects manages previews and pre-render files. In past editions, after any change to a file in the timeline, After Effects would need to rebuild its RAM preview cache before the clips would play back in real time (and complex projects might never achieve realtime playback).

Now, After Effects is smart enough to re-use any of its cached files and only rebuilds the portions it needs to. And it does this in the background. So realtime playback happens faster, which means less waiting to preview the timeline.

One of the two new products introduced with CS6, Prelude is similar to FCP’s Log and Transfer window but with more functionality. It allows the editor or on-set digital intermediary technician to log footage, add metadata and comments, set in-out points, transcode if necessary, and create a rough-cut edit — all before sending the footage to Premiere Pro.

A welcome feature of Prelude is its media management. With Premiere Pro, entire clips are brought into the project before setting in-out points or even knowing if the editor wants that file at all. The “see it all” approach is good and fine, except that when files are added to the project bin, Premiere Pro begins transcoding the files in the background so the app can work with them.

This background transcoding applies to the entire clip of course, including all the parts the editor doesn’t want to use. The result is that Premiere Pro creates an ever-growing heap of transcoded files in a folder buried in the user’s hard drive called Media Cache Files. (This location can be changed in the preferences.) The Media Cache folder can quickly grow to tens of gigabytes, and the files are never deleted unless the user cleans out the entire folder.

Every time a file is re-rendered, new files are added to the Media Cache folder, potentially slowing down the system and obviously filling hard drive space.

With Prelude, the user determines what portions of the clips are transcoded. This results in smaller cache files and better media management.

Dealing with these semi-hidden cache files is a tricky business for developers. Simply deleting them can cause an edit project to become unreadable, as Final Cut Pro users have found out when they get error messages that the program can’t find a bunch of cryptically named render files and therefore can’t open the project. But eventually they need to be cleaned out or they’ll fill up the hard drive.

Prelude takes steps in the right direction to help editors deal with the original, transcoded and cache files that amass in edit projects. And the logging and simplified meta-data entry features will certainly be of benefit to editors and their assistants on projects large and small.

I’ve only touched on some of the new features in a few of the CS6 applications. There are dozens and dozens.

CS6 is absolutely a major version upgrade. And Adobe has staked its claim as a leader in meeting the needs of editors, artists and other production professionals, as well as delivering cutting edge features, all in the name of helping the users do their jobs quicker and more effectively.

Adobe has also introduced a new pricing and delivery model for CS6, the Creative Cloud multi-platform subscription, as an alternative to fully purchasing single-machine installations from disc installers.