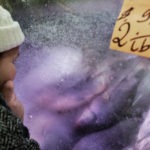 Far from C3 is a documentary short which traces the story of Paw Wah, an ethnic Karen woman who was forced from her village by Burmese soldiers to a refugee camp in Thailand. Woven together with archival footage of the Mae La refugee camp where Paw Wah spent seven years of her life, the film highlights her memories of relocation to Worcester, Massachusetts and deals broadly with the experiences of alienation and isolation often times felt by displaced people building lives far from their native countries.

New England Connection: Far from C3 opens with scenes of urban Worcester, MA in the dead of winter. This once thriving industrial manufacturing city has become home to significant refugee populations, including many rural Karen people fleeing the systematic burning of their villages by the Burmese army. From these establishing shots we enter the small home of Paw Wah as she makes dinner and cares for her family. She begins to recount her experience of loneliness and isolation when she and her family were first relocated to Worcester by the UN. She speaks about the hardship of her journey and her struggle with limited resources once she had arrived.
Woven together with these memories of her arrival, Paw Wah speaks about her life in a Thai refugee camp after her village was burned by Burmese soldiers. Archival footage from the same refugee camp provides the backdrop for these recollections. Despite her hardships, the final portion of the video explores Paw Wah’s role in the refugee community in Worcester and the way she cares for “new arrivals,” not only by helping them find necessities like winter coats but also by extending a hand of friendship for those adjusting to the strangeness of a new place and the the loss of their families. Ultimately her story is one of hope, as she expresses the desire to continue her education so that she in turn can help others adjust to life in a new country.

Director(s) Bio:: Michaela O’Brien is a documentary filmmaker and photographer from Boston, MA. She is currently directing and producing independent documentaries while pursuing her MFA in Experimental and Documentary Arts at Duke University. For the past five years she worked at Northern Light Productions, a premiere non-fiction and documentary media outlet in Boston. As an Associate Producer, Production Manager, Archival Researcher, and Camera Operator she has worked on documentary broadcast specials for the Investigation Discovery Channel and on audiovisual installations and interactive videos for a variety of acclaimed museums. Michaela’s freelance video and photographic works are often ethnographic and observational in quality and have been featured in galleries nationwide. She received her BA in Sociology and International Studies from Boston College and has also studied filmmaking and photography at The New England School of Photography and the The New England Institute of Art. Currently, she is directing and producing In Crystal Skin, an independent film shot in Bogotá, Colombia, that traces the lives of four individuals challenged by Epidermolysis Bullosa, a severe inherited skin disorder. The film intimately observes the quiet routines of those who manage daily life with a rare disease. www.themobphoto.com, www.incrystalskin.com. 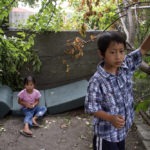 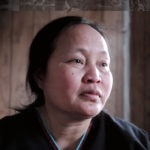