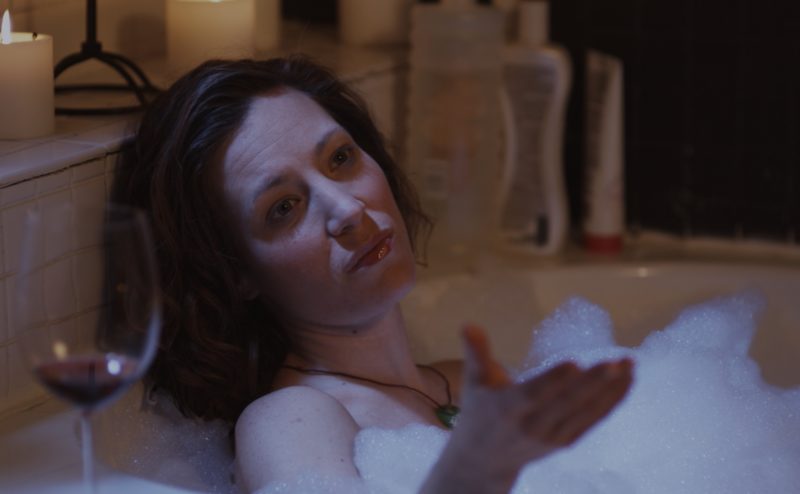 Share
Pop some popcorn in the microwave and dim the living room lights -- NewEnglandFilm.com’s 3rd Annual Online Film Festival is coming soon to a web page near you! Get a quick preview of some of the films you’ll be able to see right here from September 1 through October 15.

For the third year in a row, NewEnglandFilm.com is bringing the festival to you. If you missed some of the films at Woods Hole, Rhode Island or other local film festivals, you’ll have a chance to catch a few of their short films right here on our website from September 1 through October 15.

NewEnglandFilm.com has partnered with festivals all across New England to select some of their favorite short films to screen in our online festival. These incredible shorts range from drama to comedy, documentary to science fiction, but what they all have in common is a tie to New England, whether the filmmakers grew up in the area or short was filmed entirely on location here.

More than 15 short films from seven partner festivals will be available on the website starting in September. Here is a quick preview of four of them. Come back in September for the full festival!

Last year, the Green Mountain Film Festival presented a man haunted by his past. This year, it’s a man haunted by his future. Written and directed by Chico Eastridge, Ben Peberdy, and Drew Peberdy, or Team MALONE!, Timeshare tells the story of Ned Swanburg, whose “evening is ruined when he accidentally runs over his time-traveling future self while driving home.” Now he’s got to save his future, with the help of a “ne’er-do-well roommate” and an “atomic-powered Time Suit.” Will he succeed?

It’s only fitting that Chico, Ben, and Drew wrote, directed, and edited this crazy time tale in under 48 hours as a part of Green Mountain’s 2011 48-Hour Film Slam, where it won second place at the slam. These three Vermont natives aren’t stopping there. As Team MALONE! they are on an “endless quest” to produce “quality film shorts.” Check out Timeshare on NewEnglandFilm.com starting September 1.

This year, NewEnglandFilm.com has an exciting new festival partner in the Somewhat North of Boston Film Festival (SNOB) and they’re bringing you their Best of Fest with Motel, written and directed by William Peters. In Motel, Brad and Roger “think they can catch a bargain” when they pull over for a motel on a dark New Hampshire road, but “what they get are three motels, each one stranger than the last… is this place just not as it seems?”

Writer/director William Peters filmed this spooky story with a cast and crew entirely from New England. He himself currently is a videographer in Burlington, VT, where he co-founded Hammer & Saw films with Michael Moony, an actor and producer for Motel, their first short film. To see the film that launched the company, come back September 1.

From the Woods Hole Film Festival, which brought you last year’s online audience award winner in drama (Unmoored) comes Waves, directed by Emily Harrold. Waves explores the pressure to succeed by “chronicl[ing] a few days in the life of Norah,” a jobless college graduate who “tries to re-create her past life” on Cape Cod “in an attempt to capture the happiness she remembers.”

Director Emily Harrold knows Cape Cod well; her family has spent their summers there since the 1950s. She shot Waves in Wellfleet, MA in part as “a tribute to the beauty of Cape Cod,” with support from local businesses and featuring local actors. Emily has been directing films since 2008, and has worked as a producer across the country. Check out the film that brought her back to Cape Cod starting September 1.

Last year, the New Hampshire Film Festival brought you a spy thriller. This year, it’s a psychic drama from writer/director Michael Venn. Dark Scribbles “is the story of Angela Roberts, a talented psychic whose… psychic abilities and her professional and personal relationships are becoming intertwined.” She’s quickly realizing that “nothing is exactly what it’s supposed to be.”

New filmmaker and New Hampshire native Michael Venn says that if it weren’t for the New Hampshire Film Festival, “I wouldn’t be a filmmaker at all.” When his short script, Dyslexic Psychic, placed in the top 10 scripts at the New Hampshire Festival, he decided to pull his friends together and make the script a reality. His first film, Dark Scribbles, is the result, and you can see it online at NewEnglandFilm.com from September 1 through October 15.

For updates on this year’s festival, and to check out previous years’ festivals, please visit: http://www.newenglandfilm.com/festival.

For updates on this year's festival, and to check out previous years' festivals, please visit: http://www.newenglandfilm.com/festival.