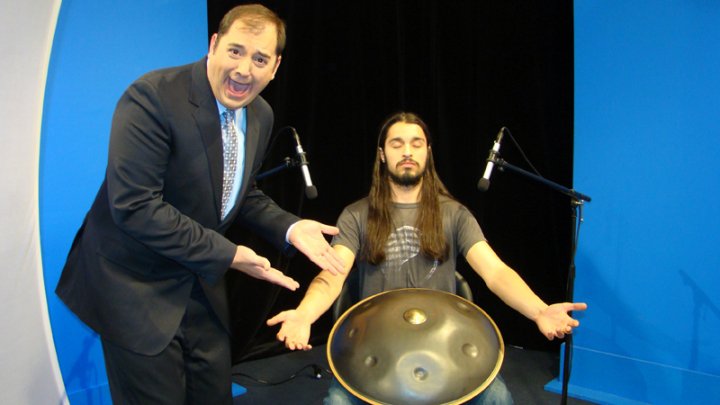 Share
MyTV New England provides local filmmakers a new model for getting their work on television.

Ever dream of having your television show airing alongside shows like CSI or The Office? Well, you might have your chance, thanks to MyTV New England.

The station, which is located in Derry, New Hampshire, and broadcasts to over 2.5 million New England viewers, is looking for locally developed and produced television programs and films to fill their programming lineup.

“It’s the perfect time to blow the doors off New England,” says MyTV Development Executive Christopher C. Murphy. If you know of someone who has a television series or film already in development, then “I want to talk to them,” says Murphy. But don’t be mistaken, this isn’t public access. This is “a for profit venture between MyTV and you.”

They’re looking for “aggressive producers” who can provide them with consistent and quality programs. People who are willing to go out there, do the leg work, and put in the extra hours. People who are not going to wait for studios to be built and call backs to happen, but rather the type of people who make the calls and call the shots. As Murphy says, “It doesn’t do anybody any good, the producer or us, if they can’t consistently produce work that makes money for themselves and our channel at the same time.” They are looking for people, for producers, who stick to their word and get the job done.

So how does one go about getting their original program onto MyTV?

The answer is to sign up for MyTV Film and TV Workshops. The goal behind these workshops, which are geared toward external productions, is to develop a business relationship that is beneficial to both MyTV and the producer/filmmaker. The concept is to educate the prospective producer/filmmaker in how to develop an “advertising/sponsorship workflow that will pay for their project to be distributed and for the production cost of their project,” says Murphy. It is “…an opportunity to create programming, that is TV shows and movies, that are proportionally budgeted to New England based businesses.” These are the viewers and these are the people who can help fund your project.

Project funding is obtained through branded entertainment, commonly known as product placement or as Murphy refers to it, “product location integration.” Branded entertainment is not merely using products, items, or signs as props or set decoration. It is instead, at its most effective when these products, items, or signs are actually weaved into the storyline. Your lead character is attending the theatre or perhaps shopping for that perfect outfit. It doesn’t have to be on Broadway or Rodeo Drive. Perhaps one of your characters works at a restaurant or a gas station. Make it a local place with a local flavor. Pull your viewers in with what’s familiar and win them over with the novelty of something familiar on their television set.

In conjunction with branded entertainment, comes a new position in the credits and it is that of the Branding Producer. It is the Branding Producer’s job to get out there and make the connection, find those businesses and companies who are willing to support and sponsor your production. To find those restaurant and gas station owners, who realize this as an innovative way to market themselves. Each scene, each page of your script has the opportunity of being “monetized,” says Murphy. There are hundreds of local businesses out there looking for new and creative ways of advertising their own products and services.

MyTV guides you through the development, while the producer finds the sponsors and retains the rights to their work.

Already, MyTV New England has shows using branded entertainment in place for their broadcasting lineup. The Steve Katsos Show, billed as Boston’s own tonight show is currently in its pilot season on MyTV New England. Cage Masters, a Mixed Martial Arts variety program, is scheduled to have its commercial broadcast debut next month. The feature film, Joy and the Apocalypse, currently in development, is scheduled for a broadcast premier this coming March. However, the soap opera, Proper Manors, which created a great deal of the buzz around MyTV and branded entertainment programming and was expected to debut this fall, is instead heading back to the web.

In the end, it’s all about developing a product that is proportional to your budget. Your budget is the money you raise by utilizing branded entertainment. This is the fundamental lesson learned by attending one of MyTV’s Film and TV Workshops. According to MyTV’s model, this is how distribution really works.