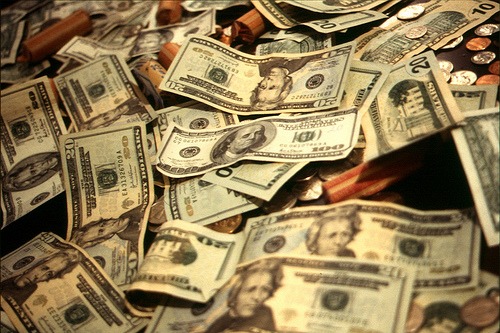 Show Me the Money: Where to Find Local Grant Funding

A major study conducted this past summer by Leveraging Investments in Creativity, a nonprofit aimed at “improving the conditions for artists working in all disciplines,” found that the recession has been especially rough for many artists, including documentary and independent filmmakers. Eighteen percent of the study’s respondents said their income had dropped “50 percent or more in the last year.”

The Artistic Fellowship in Film and Video is the primary grant program that funds individual filmmakers directly. The MCC is one of the few state arts agencies in the county to provide unrestricted funding to applicants. Film and video grants are awarded every other year and the MCC will be accepting applications for 2011. Guidelines will be posted on the MCC website by early fall 2010.

Currently, the grant offers $7,500 per year. In the past this amount has been $10,000. “Last year, the agency had close to a 24 percent budget cut due to the state budget crunch,” says Mr. Blask. “For a film, this grant wouldn’t be the primary source of funding, but a boost to the filmmaker in terms of prestige to encourage further funding.”

Artistic Fellowships are highly competitive grants, based on merit and judged anonymously by a panel of artists, teachers, critics, and leaders in their fields. Because the funding is merit-based, much of the film must be completed in order to submit an application. Therefore, the grant could be used to complete the editing or to propel the filmmaker’s next project.

The Local Cultural Council (LCC) Program, administered by the MCC, grants state funds at a local level and is the largest grassroots cultural funding network in the United States, supporting community-based projects, including films. The LCC network consists of 329 local cultural councils directly serving every area of Massachusetts. These are smaller grants, providing seed money for new projects.

Filmmakers can connect with MCC resources through the ArtSake blog, which Blask manages. Resources include strategic planning and career building information, online galleries that highlight artists, weekly roundups of film and video opportunities in the area, and online discussions. The name “ArtSake” represents the space for art based on its inherent merits for its own sake and is reflective in the unrestricted grants available.

As Program Coordinator for the Artist Fellowships in Film & Video, Blask counsels filmmakers about MCC funding and resources, but also about other funding sources. When applying for MCC funding, Blask says “Don’t over-think it. Send your best work. It’s about artistic excellence.” For non-MCC sources, Blask advises “investigating the funder is key. Find out what they are looking for.”

When funders require applicants to have a fiscal sponsorship, such as the LEF Foundation, the MCC can refer filmmakers to non-profits that can serve this role and assist with the funding application process.

“I’ve also noticed very creative ways to fund projects,” says Blask. He highlights Kickstarter, a New York City-based company, as one. Kickstarter is a crowd-funding, invite-only site where filmmakers and other artists offer tangible perks (not financial returns), such as products, benefits, and experiences for those who pledge towards their projects. Kickstarter fundraisers set a funding goal, any dollar amount, and a time limit, from 1-90 days. Individuals pledge online and the amount is deducted and rewards delivered only if the filmmaker reaches his or her pledge goal within the given time limit.

Other fundraising sites with similar methods to pitch films include IndieGoGo, an online platform that gives tools to filmmakers for fundraising, promotion, and discovery, and IndieMaverick, from the UK, which hopes to offer film investors a positive return if the film does well. “This is so new that I don’t know how successful it will be, but it’s worth looking into,” says Blask.

Massachusetts has been providing fellowships since 1974. “If you look back at the recipients they are luminaries in their field,” says Blask. Notable past recipients include former U.S. Poet Laureate Robert Pinsky (1977); Tom Perrotta (1998), the author of Election and Little Children; and Ross McElwee (2005), filmmaker of Bright Leaves.

Blask says, “There are so many strong artists – the funding can never stretch as far as the excellence. I always tell applicants to keep trying and not get discouraged. One thing I love about my job is the connection to this world of film and video. It’s a pleasure to meet artists and curators and be part of this community of film and video artists.”