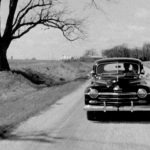 New England Connection: Jesse Kreitzer is a Vermont-native and graduate of Emerson College in Boston, Massachusetts.

Director(s) Bio:: An award-winning filmmaker from southern Vermont, Kreitzer’s creative interests include rural storytelling, ancestry, and acts of compassion. He has been making films since the third grade and has produced over 40 short documentary and narrative works that have screened at film festivals, museums, and galleries throughout the world.

As a teen, Kreitzer was mentored by video artist Michel Moyse, a collaborator with celebrated auteurs including Brian De Palma, Jonathan Demme and Woody Allen. Moyse, Founder of the Center for Digital Art, provided the early foundation for Kreitzer’s critical, practical and analytical approach to filmmaking. Through in-depth structural analyses of the films of Andrei Tarkovsky and Ingmar Bergman, frame-by-frame deconstructions of commercial advertising, and hands-on video field production, Kreitzer was provided a rigorous and indispensible training. Under Moyse’s supervision, Kreitzer’s first short narrative film Prophet was awarded top-prize at the Castleton Film Festival in 2003.

In 2007, Kreitzer received his Bachelor’s degree in Visual and Media Art from Emerson College in Boston, Massachusetts, and was the recipient of the Graduate Award for Outstanding Achievement in Photography for his painstaking restoration of a decayed 8mm family film. His Emerson capstone film Pearlswig was invited to screen at the college’s prestigious graduate showcase in Los Angeles. He was awarded a Massachusetts Cultural Council Artist Fellowship Grant in Film/Video the same year.

In 2015, Kreitzer received his MFA in Film/Video Production from the University of Iowa’s Department of Cinematic Arts, where he served as a instructor and Executive Director of the Bijou Cinema, a 42-year-old nonprofit arthouse dedicated to the exhibition of independent, foreign and documentary films. His student-produced short film Lomax screened at over 20 top-tier festivals around the world, including showings at The Museum of the Moving Image, The National Gallery of Art, Raindance, and IFFBoston. The following year, Lomax’s companion piece The Murder Ballad of James Jones was awarded the Oscar®-qualifying Atlanta Film Festival Grand Jury Prize for Best Short Documentary.

Kreitzer's MFA thesis film Black Canaries, a 1900s coal mining folktale inspired by his maternal heritage, is currently in post-production and will be released on the film festival circuit in 2016. 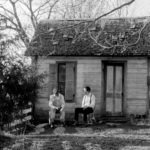