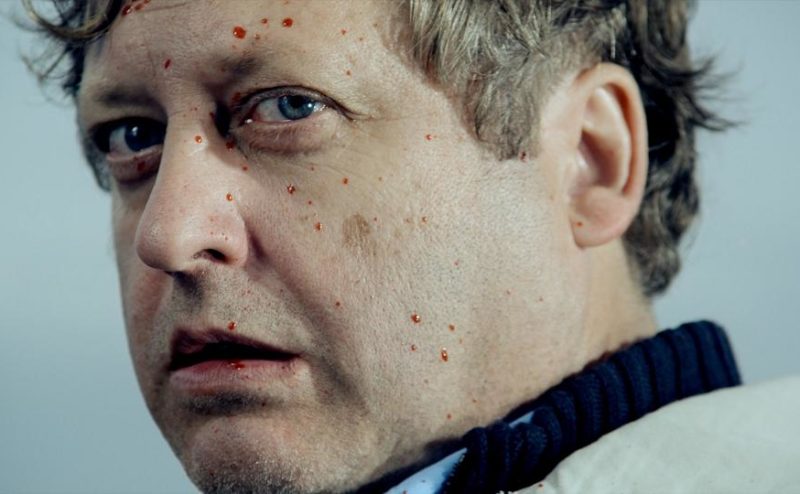 Writing Backwards From Budget to Film

On May 16th one of the more unique nights highlighting filmmaking here in New England happens at the Somerville Theatre. It’s the 5th Boston Film Night, organized by Kevin Anderton in collaboration with Carol Patton. Boston Film Night highlights independent films such as Big Day of Fishing directed by Tim Cawley. The film depicts a day of fishing between two friends that goes awry.

Cawley is the group creative director at Hill Holiday’s Boston office. NewEnglandFilm.com caught up with him to ask about his latest short, making the transition from advertising to narrative film, and what’s next for him.

David Pierotti: Your career is making commercials. How did that prepare you for writing and directing fictional films?

Tim Cawley: I come to filmmaking from a writing background and my advertising work has been an interesting type of film school. I got to learn about all aspects and work with a lot of interesting, talented people.

DP: So at some point you sat down and decided to write a film?

Cawley: Someone told me to start with something that has a prayer of being made so I wrote a feature-length horror movie to try to figure out how screenplays worked. I kept working on that but wrote another script and a local producer named Charlie Harrington liked it and started showing it around. He suggested I direct a short to build up a reel and so I made A Well-Founded Concern.

DP: How long was that?

Cawley: …About 15 minutes. And like any first-time director, I totally went for it and shot on film with a full crew. Ignorance is bliss; just trying to get it done for Sundance. I was totally clueless about what the odds were for Sundance. It didn’t get in and I was like “I don’t know how that happened!” But you have to allow for the film to get some traction. Once it started to get into some smaller festivals it just snowballed. So now, even though it’s over a year and a half old, it’s playing almost every couple of weeks all over the world.

Once I started going to some of these film festivals I got to see how competitive they are, even the small ones. I went to one in New Hampshire and was surprised at the quality and level of production values. This kind of got my competitive juices going and I conceived of my second film, Big Day of Fishing. I decided I wanted to make all new mistakes and so I did everything completely differently.

DP: In what sense?

Cawley: For the first one I didn’t pay the crew — it was more art for art’s sake kind of thing. I did not like having to beg at all so I decided to go with a really small crew where everyone’s doing three jobs but this time we’ll pay people. We used SAG people through a proper casting agency. A friend of mine, Geoff McAuliffe, was shooting second unit on the Sandra Bullock movie The Proposal here in Boston. So I suggested he come do the cinematography [for me] with his own crew in exchange for their cameras. I was able to put the money into people instead of film and equipment.

DP: So finances affect everything?

Cawley: I wrote my films backward from the budget. They were created from a very practical perspective. I thought about where I could shoot a movie and have maximum production value. So I came up with two guys out on a boat. Just a boat, two actors, no background people, natural light, and amazing views. And that’s how it came to be. I wanted to shoot in confined spaces but make it look big.

DP: Does it debut at Boston Film Night?

Cawley: It will. We just finished it a couple of weeks ago. I heard about Film Night from an actress and I wanted to debut it in a proper theatre as payback to everyone who contributed to it.

DP: Was it self-financed?

Cawley: It was… I saved up some money but things like craft services were pizzas and granola bars. I spent a little over $7,000 but I’ve seen good films that cost less. I think the key for the first time is to find some like-minded individuals; you have to write smart and conceive of the entire project in a smart way.

DP: So you shot this short on video and did 78 set-ups in two days? That’s pretty incredible.

Cawley: Yeah, it was. Shooting digitally was amazing. We didn’t have to change film or lenses. It was just go, go, go.

DP: Do you feel this might become a career for you?

Cawley: I love my job in advertising — it fits my skill set well, and gives me a chance to work with many talented people — other directors, producers, cinematographers, actors, production designers, etc. But as I had success in television advertising, I wanted to develop my skill set. Challenge myself. And keep people interested beyond the allotted 30 seconds. So I made my first short, built some momentum, learned a lot, and decided to try another. It’s an exciting challenge, and I look forward to doing more of it on an even bigger scale. My ultimate goal is to direct a feature film. As a creative person, that’s my Mount Everest. I’m working hard, so if that opportunity one day presents itself, I’ll be ready. I was at [the Film Festival] Locarno in Italy and my film opened in front of about a thousand people. Seeing how an audience reacts to a film, as well as meeting filmmakers from around the world, is an invaluable part of the process.

DP: How was shooting in New England?

Cawley: We had a great time. What you get around here is that people are really devoted to the project. They’re not jaded. There’s a scrappiness and an optimism to the people I worked with in Boston who get excited about working on a cool, creative project.

DP: Are you working on anything new?

Cawley: Well, filmmaking is kind of this manic compulsive thing and I guess I’m in the down slope of that. Now I have to start the festival process. I feel that’s how I can really payback everyone involved. It gets people on IMDB and opens doors for actors. I’m sure there will be another one but I think I’m going to try and enjoy the ride this time.

For more information on the work of Tim Cawley check out http://bigdayoffishing.com/. For more info on Boston Film Night click here.

For more information on the work of Tim Cawley check out http://bigdayoffishing.com/. For more info on Boston Film Night click here.