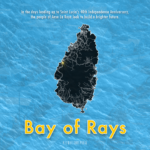 In the days leading up to Saint Lucia’s 40th Independence Anniversary, the people of Anse La Raye look to build a brighter future. Filmed on location in the Eastern Caribbean island, and at the Center for Adolescent Renewal and Education (C.A.R.E.), “Bay of Rays” looks at the way art, dance, and education can alter lives and engage a community.

New England Connection: The director, composer, and sound mixer are residents of MA.

Director(s) Bio:: Chris is a Boston based DP, director, and editor. He has studied digital filmmaking at the New York Film Academy and the Boston University Center for Digital Imaging Arts (CDIA). His experience ranges from promotional videos for Jordan’s Hospital and the American Lung Association, short documentaries for Chimpanzee Productions and various Boston companies, and feature film “The Aristocrat” from Three Times Production. 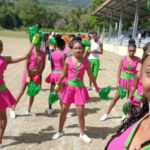