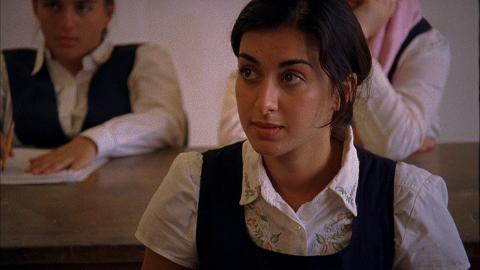 A Christmas Gift from Baghdad

From the bustling streets of Baghdad and the dreams of two Iraqi children — a little boy who wants nothing more than a toy car and his teenage sister who desperately needs medicine — come an unlikely Christmas story. Rich in the textural sounds, images, and characters of modern day Iraq, Raouf Zaki’s Santa Claus in Baghdad, a film shot in Massachusetts, tells a story that crosses ethnic and religious lines in a resounding message of hope and understanding.

The Egyptian born Zaki, who is now a resident of Holliston, MA, was struck with the concept for the film when he picked up the book, Figs and Fate — Stories About Growing Up in the Arab World by Newton native Elsa Marston; the book’s second edition has been renamed after the film. After reading the descriptions of life in the Middle East that recalled Zaki’s youth in Egypt, he says, “I got up, cried and decided to make the film.”

The film’s plot revolves around Christmas and includes Muslim characters, “mixing both religions,” says Zaki. The story takes place in 2000 during the widescale embargo on Iraq, when Iraqis had no access to basic supplies and Iraqi children were dying due to the inability to obtain basic medications for treatable conditions.

The main character, whose name, Amal, means hope, and her little brother, Bilal, both crave Christmas miracles in the midst of the harsh world beyond their dreams. Zaki admits that their story is a far cry from a consumerist American Christmas, “We’re so lucky to be in this country that we often take things for granted — sometimes we get upset about not getting a particular Christmas present,” he says. Both the book and the film portray this contrast, but Zaki insists that the characters’ struggles and triumphs prove that Iraqi and American children are not so different: “Americans viewing the film will get to experience the hopes and dreams of the Iraqi characters, and realize the stories of these characters are not so dissimilar from their own. Ultimately, the story brings us to this feeling of hope and, hopefully, understanding.”

Zaki, a graduate of Boston University’s film program, has worked in the film and television industry for the past 15 years as both a cameraman and filmmaker; his varied roles in the business have taught him a lot, he says. His first film, Just Your Average Arab, was named Best Film at the 2006 Boston Comedy and Film Festival and was met with resounding acclaim on college campuses. Zaki recalls the response of one local college freshman who thanked him for introducing her to a vision of Arab individuals beyond the post 9/11 terrorist caricatures. “She told me that the film changed her life,” Zaki says, reveling in the telling of another hopeful story.

He hopes that Santa Claus in Baghdad Claus will have a similar effect on American families.

“Finally, we can begin to talk about these issues. No one has been talking about 9/11, racial profiling, and prejudices that are changing our history.” Zaki hopes the film will begin this dialogue, particularly among educators and students. “From conversation flows enlightenment,” says Zaki. “And enlightenment is the beginning of resolution.”

Santa Claus in Baghdad Claus was an official selection of the San Diego International Film Festival, an official selection of the Rhode Island International Film Festival, and the winner of the Kids First International Film Festival. Its Boston premiere took place on November 16th at Belmont Studio Cinema.
But to encourage this conversation among educators and students, the entire film will be available online beginning on December 9th. Zaki cites this date as the film’s most important premiere. “We wanted to try an innovative approach toward letting educators use creative media,” Zaki says. Using a special password, teachers will have exclusive access to the feature via the website, www.santaclausinbaghdad.com.

“When we experience other people’s stories through film and literature, we are able to reach a greater level of understanding and transcend the media stereotypes,” says Zaki, who believes that students will connect with the film’s humor and the characters’ warmth amidst a touchingly sad story.

While the story itself revolves around a Christmas miracle, Zaki says that during the making of the film, “a lot of miracles came along for us, too.” One came in the form of world-renowned composer, Marcel Khalife, who created the film’s haunting score after becoming engaged by the film’s message following a chance meeting with Zaki at a Berklee concert.

Another exciting development came in the form of an unexpected grant that provided the financial support necessary to complete the film. Initially, Zaki began raising money himself; he organized one fundraiser in conjunction with the Danforth Museum in Framingham and other local organizations. True to his philosophy of reaching understanding through artistic media, Zaki gathered a group of Arab artists, and hosted the event to expose Americans to Arab arts and culture. “We raised $7,500, not even a 10th of what we needed, but it was hope.” That hope dwindled as Zaki was not able to obtain any grant money, until he was serendipitously put in touch with the Fledgling Fund. Almost immediately, he had a $35,000 check. “At that moment, I thought: Santa Claus does exist!” he says.

Zaki began auditions even before all of this support was secured, as he anticipated a long process: his prediction was correct. “It was difficult to find actors and extras in Boston of Middle Eastern descent,” Zaki says. He and his team advertised on Craigslist and NewEnglandFilm.com, but the search was long and difficult. The resulting cast however, was passionate about the project because “they were so tired of being typecast as terrorists or religious extremists in films,” says Zaki.

Because of the daunting task of filming the entire project locally — the film was shot over a 10-day period, mostly in Framingham, in 2007 — securing a production designer (PD) up to the challenge was also difficult. After a handful of PDs began work on the project, only to quit, Zaki finally found a PD who could handle the film’s unique challenges. “We had to recreate an entire Iraqi book market, complete with 20,000 books; streets; an Iraqi house,” says Zaki, clearly grateful for the skilled production and special effects team that brought it all together. All of the actors were filmed in New England; when particular sets were not created, scenes were shot before a green screen. Zaki used footage of streets and surroundings of his native Egypt to fill in the green screens.

Along with the themes inherent in the film’s content, the production experience embodied what Zaki calls “the true American spirit. People from so many backgrounds, races, and religions came together to work on this project.” The elements drawn together — from the film’s inception in Boston, to the contributions of a diverse group of people — will allow audiences to connect with a realistic, and relatable, portrayal of Iraqi characters, hopes Zaki.

Upcoming local screenings include: December 5th at Framingham State College in Framingham, MA; December 7th at Amazing Things Art Center in Hollis, MA; December 11th at the Wayland Public Library in Wayland, MA. For details on these and other screenings, visit www.santaclausinbaghdad.com.

If you are filmmaker interested in similar projects, or an educator who wants to access the film, Zaki can be contacted at filmmaker@rcn.com.

Upcoming local screenings include: December 5th at Framingham State College in Framingham, MA; December 7th at Amazing Things Art Center in Hollis, MA; December 11th at the Wayland Public Library in Wayland, MA. For details on these and other screenings, visit www.santaclausinbaghdad.com. If you are filmmaker interested in similar projects, or an educator who wants to access the film, Zaki can be contacted at filmmaker@rcn.com.