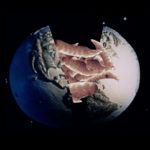 During this surreal moment in history, every day comes with a new emotion and a new narrative. If my job as an artist is to reflect the world in real time, it seems only fitting to “sketch” days as they come and go. My VIDEO SKETCHBOOK is a diary of four months in quarantine, filtered through my imagination via original footage and animations, archival footage, and stock images. In each entry, I hold moments in my hand and examine them before they shape-shift and flutter away.

Director(s) Bio:: MELISSA McCLUNG is an award-winning filmmaker based in Western Massachusetts. Her short documentary, LOUIE’S ANTIQUES, was an Official Selection of the 58th Ann Arbor Film Festival, the Melbourne Documentary Festival, and the Ashland Independent Film Festival, among others, and it will be preserved in Historic Northampton's permanent archive. Melissa won three national Hometown Media Awards from the Alliance for Community Media in 2015, 2016 and 2018; was a 2019 finalist for the New England Film Star Award; and has won numerous local awards and grants. In addition to writing and directing films, Melissa teaches film at Pioneer Valley Performing Arts Charter Public High School, works as Amherst Cinema’s Visual Media Developer, serves on the board of Northampton Open Media, and co-owns Ghost Hit Recording Studio with her husband, audio engineer Andrew Oedel. Melissa received her Master of Fine Arts in Film from Vermont College of Fine Arts. 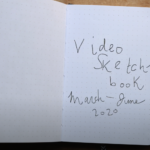