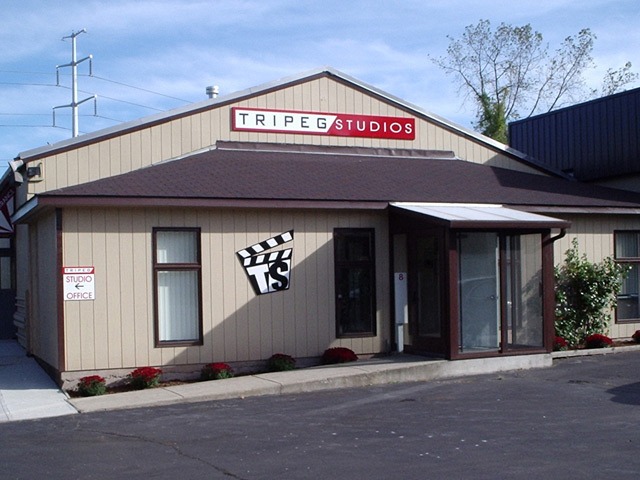 Share
Thanks to Connecticut’s new Tripeg Studios, the film world between New York and Montreal gets a leg-up.

New York City studios may have a new rival with the opening of Tripeg Studios, located an hour and a half north in Hamden, Connecticut. Tripeg Studios opened in October of this year, and is a mid-size studio with all the facilities of a major studio for about one third of the price.

"Finally, there is a studio that can arguably compete with New York City’s congested and over-priced rates and still provide any client with everything they could possibly need," says on-site production company Synthetic Cinema International’s Chuck Gramling.

Tripeg Studios offers indie and big-budget filmmakers alike a complete in-house production team of scriptwriters, producers, graphic designers, editors, music composers, and directors who together can go all the way from pre- to post-production on projects like feature and short films, commercials, infomercials, special event and trade show presentations, educational and training productions, and corporate communications.

Thanks to Tripeg, Connecticut is suddenly a viable destination for heavyweight media producers, who have recently included HBO, National Geographic, and ABC News Productions. No one is more surprised by Tripeg Studios’ rapid success than Tripeg’s owners, two local construction contractors and a pyrotechnics expert, who are gratified by the industry’s reception to their entrepreneurial venture. None of the three had any previous background in the film industry.

The idea for Tripeg started when Pyro-FX Entertainment, a company owned by licensed pyrotechnician Phil Gauvin, went in search of a new location. Gauvin approached the owner of a vacant industrial building, acquaintance George DeMartin, and when the two realized the lack of production facilities between New York, Massachusetts, and Rhode Island, the idea was born. Ed Fortin, an electrical contractor, joined the two as an investor.

Researching the market, the partners found that Connecticut had started a campaign to promote more movie production and location shooting in the state, in order to increase tourism and promote affiliated local businesses, such as hotels, caterers, and trucking companies.

Next they found that several local universities had media and film programs, and would be interested in using Tripeg Studios’ facilities, and in placing students as interns with the company.

They also discovered there was a lot of interest from corporations desiring to make marketing videos, training films, and advertising commercials without paying New York prices.

The partners could see the potential market for a film studio, but they also were aware of their lack of experience in the film industry. That’s when they found Andrew Gernhard, an aspiring producer of comic horror movies.

Andrew Gernhard soon came on board, becoming the studio manager. He brought with him Pioneer Motion Pictures (PMP), whose business office is now onsite. Along with partner Michael Pleckaitis, he provides production services to various international companies, including Viacom, Raven Pictures International, Maxim Media International, Houghton-Mifflin, and National Health Promotion Associates. PMP has provided camera, editing, and graphic design for over 50 educational and corporate productions and received the Golden Eagle Award for editing as well as dozens of other awards for their work in children’s programming.

Under the name Synthetic Cinema International, PMP has also created a series of successful short films and feature-length movies. "Trees," a parody on Steven Spielberg’s Jaws, premiered in 2000 and was very well received. This was followed by a sequel, "The Root Of All Evil," which premiered in March of this year. Both are being released by Brain Damage Films, the largest distributor of low budget films in the U.S., and will be available at local and national video rental outlets on December 7th.

Their latest film, "Hell’s Beacon," filmed locally in Ansonia and Old Saybrook, will be released next summer. While working on the film, Synthetic Cinema International’s partners Gramling, Lucas, and Gernhard found that Tripeg "went above and beyond ensuring that both the principal photography and post production phases of the film were completed without difficulty."

"Right out of the gate Tripeg Studios has proven itself as an integral part of the ever-burgeoning New England film community," says Chuck Gramling. With several films already scheduled for production in 2005, Tripeg Studios may well become the hub of the Northeast’s film world.