Sirens: Panic When No One’s Watching 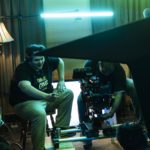 We observe Mark, a paranoid recluse and the interaction he has with media, a vapor-like drug known as “synth”, and a canvasser collecting everyone’s ballot on election day.

New England Connection: Nearly everyone on Sirens' crew is from New England. Several crew members, including director Edward M. Soto, graduated from the University of Hartford; Megan Gwyn, the news anchor, is an acting student who recently graduated from the Hartt School of Music this past May 2020. In the same graduating class, Jimmy Lucarz (gaffer), Tyler Saari (Gaffer), Travis Girouard (2nd AC), and Kevin Mezick (1st AC) who all worked on the project graduated this past May from the Cinema Program. Kewan Harrison, the cinematographer, lives in Bloomfield. Everyone else on the crew lives in Connecticut and the film itself was shot in an apartment on Marion street in Waterbury, Connecticut. Working at Uhart and freelancing in the New England area is how I was able to meet the amazing crew that helped me make, Sirens: Panic When No One’s Watching. It was a fantastic experience and with the same crew we made another short and we have plenty more films to come!

Director(s) Bio:: Edward M. Soto was born in the Bronx, NY and majored in Cinema at the University of Hartford. He says that he always wanted to make films since he saw Abel Ferrara's Bad Lieutenant. After finishing his undergrad, he began working at Uhart managing their TV Studio and in 2016, he started a master's program in Communications and has been teaching teaching there since 2017. He met Kewan Harrison and Sam Kelly through a crew call in 2016 to help them on a short film. Together they formed a production company Ten out of Ten. Since they started our company they have produced 4 shorts, two of which were selected for the Online New England Film Festival (RED and Sirens), and have freelanced in the New England area. Sirens is a project that was meant to explore how an individual reacts to the world around him; through media, drugs, and interpersonal interactions. He wanted it to seem as if the film took place an "inch" away from our reality to show how a person who lives in a complete isolation with society caving in on him would play out.

not as it seems, other worlds, premiere 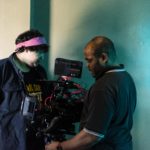 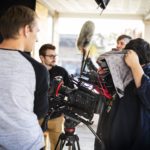