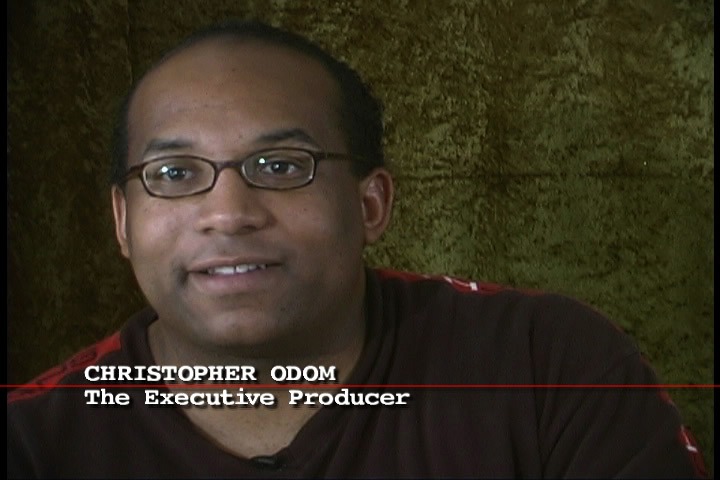 Insight from the Inside

Share
Straight from L.A., filmmaker Christopher Odom discusses industry trends, technical tips, past lessons, and his current documentary 'How to Make It Before You Make It,' to be screened at the Roxbury Film Festival this month.

Christopher Odom has never been afraid to dream big or share his opinions, no matter how far from the supposed norm they may fall. His latest work documents the lives of several players in the industry, just about to (hopefully) break into success. With a deeply probing mind, Odom’s conversations are mind-opening walks through a myriad of seemingly unrelated subjects, all tied by the common thread of his own perspectives. With a focused mind and unwavering determination, Odom is certainly one to watch.

AG: How did you start out in film?

Odom: I had always been involved in the arts: music, dance, acting, writing, you name it. Flash forward many years, and I went from being an honors student in high school to a college drop out. It’s the holidays and one of my roommates, who I’ve come to despise, is terminally ill. So instead of moving out, in the name of empathy, I moved into the hospital for three months with my roommate, who now has the heart of a 120-year-old man. While my roommate was preparing for his death, I began preparing for my future. I read books, magazines, analyzed myself, and spoke to whoever would speak to me about what I should do with the rest of my life. In the end, when I asked myself, what I would do to entertain myself if money was not an object, I very easily answered, "Make movies." So you could say I saw the light — the light of the camera. The rest is history.

AG: What would you do differently if you could start over?

Odom: Play a sport so I would have more dates in high school. Also would have studied abroad. But in general, I make the best of whatever situation I’m in. I could say I would have started shooting instead of going to film school — three times — but back then, Mini-DV was not the craze: no Final Cut Pro, no Canon XL1’s. Not to mention I didn’t know what I was doing, so my stuff wouldn’t have been that great.

AG: You’re a digital filmmaker, DoP, screenwriter, producer, director, and performer. Are there any of these roles that you particularly enjoy? Why?

Odom: I really enjoy all of these roles, because they all involve some level of creativity and craft. However, once you’ve been a producer and director, it is a bit of an adjustment to take direction, not have the final decision, and be much more collaborative. I suppose at the end of the day, I would choose producing, if and only if, I had the luxury of hiring myself to perform in one of the other roles.

To add a little to this response, originally I wanted to do all of these roles because I was ambitious — maybe even greedy. Now, because I’m po’ (not even rich enough to add the "o" and "r"), I have to do all of these roles, because I can’t afford to pay someone, or motivate someone to work for free or on deferment. I spent much of my life learning many subjects, and almost 10 years alone learning about all facets of the film & television industry — even making coffee and copies — so I’m comfortable wearing many hats, but it’s difficult wearing them all at one time.

AG: You’re in music as well, giving you a multitude of multi-faceted experience. Are you concerned that you’re stretching yourself too far?

Odom: I’m always concerned about stretching myself out too far. Once you gain momentum in one area, if you switch gears, you can lose all of your velocity. However, this business is so awesomely challenging and competitive, that many times it’s only those individuals who can today rise to the occasion and operate on a certain level, that are the individuals that we’ll remember tomorrow.

AG: What do you hope to accomplish in your career in the next year?

Odom: Within the next 12 months, I would like to have directed or D.P.’ed at least one narrative feature, completed writing at least one new feature length screenplay, and I’d like to be the Executive Producer of at least five to 10 "no-budget" television programs airing in at least one market. Notice I used the term "no-budget" and the openness of "one market." I already have deals in place with two startup networks, so my goal is not terribly unrealistic, especially considering the fact that I shot six programs just this past weekend.

AG: What are some trends that you’re noticing in the industry?

Odom: The obvious trend is digital. More filmmakers are opting to shoot on digital and larger films are starting to cut on Final Cut Pro. Digital — Mini-DV in particular — is the great equalizer. For the price of used car, a filmmaker today can have an entire production and post-production studio in their own living room. The possibilities are limitless.

AG: Where do you think there is the most opportunity?

Odom: Again, with digital, the most opportunity is with yourself. Otherwise, the lower-budgeted productions for basic cable or direct-to-home video are ripe with opportunities. The formal systems cater more towards the larger entities, but once you figure out how to locate the independent world, you realize there’s a whole world of content out there aside from Hollywood, that’s even larger than Hollywood. Hollywood has the most bucks, but everything else outside of Hollywood offers the most opportunities.

AG: Most of your work is done in mini-DV. What other media do you like to use?

Odom: I’ve shot 16mm film, 8mm film, 3/4 SP, Hi-8 and even VHS. There are similarities and differences to every medium, but for right now I’m sold on Mini-DV. It’s the course of natural selection to use the best that money can buy, and at this point in my life, Mini-DV is the best my money can buy — and many times my money can’t even buy that.

AG: What are your favorite digital programs and technologies?

Odom: Ah, an opportunity to plug… I told Apple I would give them props for supporting independent film. I was six weeks outside of my warranty on my G4 and my processor went bad, but Apple gave me a complimentary new processor. When it comes to digital filmmaking, Apple is 100% behind the filmmakers.

I mentioned Apple, because the obvious program I adore is Final Cut Pro. It’s pricey but it’s actually five programs: Final Cut Pro, Soundtrack, LiveType, Compressor, and a limited edition of Bias Peak. All of these programs I use religiously, and have not had a need with my productions to use any other programs for any other purposes.

My favorite camera is the Panasonic AG-DVX100. I feel like a geek every time I rattle off the model number. This is the 24P camera everyone raves about. Canon will begin selling the 24P XL2 in August and I’m excited about "renting" one of these. Yes, renting. Unfortunately I still can’t afford to own my own AG-DX100 or Canon XL2, but renting is extremely reasonable for the Mini-DV filmmaker. If anyone from Panasonic or Canon is reading this article, if you gave me a camera, I’d be more than happy to be your spokesperson.

But as far as renting goes, if you’re shooting in LA, be sure to go to Hollywood Studio Rentals in Burbank. They rent to you as long as you have a credit card and a driver’s license, and they don’t require a deposit. IFP West has great deals for filmmakers too, with a mere $500 deposit, which is still considerably less than the rest the production houses.

AG: What do you hope to convey to Hollywood hopefuls through the movie, "How to Make It in Hollywood Before You Make It?"

Odom: I wanted to convey to Hollywood hopefuls in my documentary that this business is not easy: it’s a process. It takes the average person somewhere between eight to 12 years before they really take off, and then and only then, do they become an overnight success. Academy Award winner Randolph Wallace was in this town 17 years before he sold anything, and that script was "Braveheart."

AG: What is some advice that you have for others who would like to break into the industry?

Odom: Never give up. Never give in. Dreams do come true. You have to be in love with the process. Creating your art has to be your reward. Once you start doing projects because you want to do them, you’ll find that your life will almost magically change, both internally and externally. Quite often in life, we do things we don’t want to do, because it pays money. And when the things we do want to do become available, we don’t do them, because they don’t pay money. So what happens is, we’re willing to be paid to be unhappy, while the price of happiness is absolutely free.