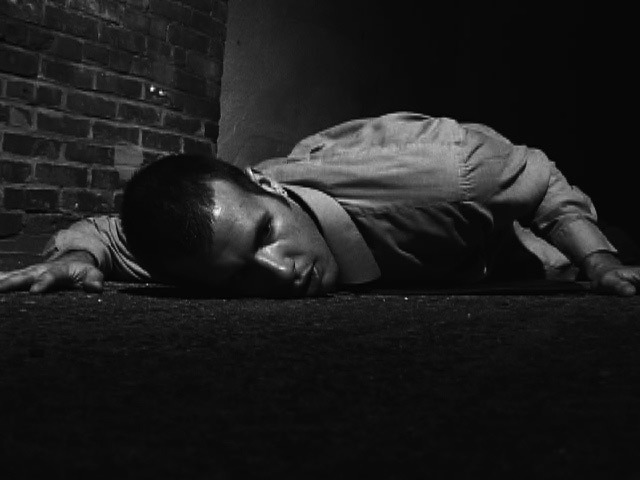 Share
The 4th Annual 48 Hour Film Project arrives this month in Boston with the lofty (should we say crazy?) goal of creating 48 films in 48 hours.

The Boston 48 Hour Film Project will kick-off the official beginning of what the organizers call a weekend of "caffeine, adrenaline and one wild ride" of filmmaking on Friday, April 2. As the second stop of the 20 city tour, Boston will bring together teams of filmmakers to write, shoot, edit and score original music — all in two days.

That project will launch with the teams of filmmakers (48 teams, almost double last year’s number) meeting with local producer Ben Guaraldi in a local bar. The assembled team captains will then draw slips of paper from a hat: one determines the genre, another a line of dialogue the filmmakers must include in their finished product, and finally one will detail a character prop which must appear in the team’s film. The genres alone are a broad spectrum: there’s Film Noir, Horror, Super Hero, Fantasy and the intriguing Musical or Western category. Other than that, the confines are only that each film not exceed eight minutes in length, that no one is to be paid, and most importantly, that each team must meet their Sunday night deadline.

So far Guaraldi has met most of the team captains (who will function more or less as producers or producer/directors for each team) at informal networking sessions he calls ‘Happy Hours,’ where designated participants mingle with others who are interested. As producer of the entire Boston project, Guaraldi sees himself "more as a captain of a football team" than the director of a crew, because the product will ultimately be the filmmakers’ own. It is his responsibility to recruit, oversee the pick-up and drop-off, select judges and book venues for the screenings to follow the weekend of production. The judges will select the so-called ‘Best of Boston’ which will be a group of films selected as finalists that will be equivalent to a feature-length screening of shorts.

Guaraldi, who is participating in the project for the first time this year, is excited about his role in it: "I know a lot of people are out there making movies, but they don’t all know each other. I see this as a good opportunity to get them all together, so they can be part of something together." Last year, Guaraldi just came out to catch-up with his friend 48 Film Project Co-Producer Liz Langston, and "was so impressed by the potential of it," that he decided he wanted to be involved.

Last year was the 48 Hour Film Project’s first year in Boston. D.C. based Co-Producer L angston remembered the experience as one that produced "some very good films," including the very funny 2003 award winner ""Pie in the Sky: The Rise and Fall of Pizza4UTooGo.com," which went on to be screened at the South By Southwest Film Festival in Austin, Texas. The film was a mockumentary about a pizza delivery start-up and a very serious spelling mistake, and apparently, uproariously funny. In fact, according to the 48 Hour Film Project, Boston filmmakers have certainly left their mark. Last year, "one team set fire to a house in the country… another staged a fight… so real that the police responded."

And, this year Guaraldi found himself in the unenviable position of having to reject 25 applications due to increased interest in Boston this year. It is his hope that next year he will be able to accommodate those people and others who wish to participate, but the overwhelming response is proof that the project is growing. Langston and her co- producer, Project Founder Mark Ruppert, have greatly expanded its tour which went international last year. The project began in Washington D.C.; in its second year, Langston and Ruppert traveled to six cities, 11 last year, and this year they split the itinerary of a whopping 20 cities, some as far away as Sweden, Germany, Canada, England and New Zealand.

Langston and Ruppert are the organization’s only paid staff, and their funding comes exclusively from entry fees and ticket sales to 48 Hour Film Project screenings. The screenings are held after the exhausting two days during which the films are made, and are often the first time the participants get to see the product of their labor. The 48 Hour Film Project also releases a DVD compiling the winning films of each city which are available for sale at the 48HFP Store on 48hourfilm.com.

The winners whose films appear on the DVD are finalists of two levels of competition. First there is a group of finalists selected among all of the city’s teams, and finally one is chosen among them. However, even those teams who do not complete their film by the deadline are included in the screenings which follow the weekend of marathon filmmaking.

The 2004 Boston 48 Hour Film Project Films can be seen at local screenings which will be held in the first week of April. The films will be divided into groups of 12 and screened at the Brattle Theatre on Tuesday and Wednesday, April 6 and 7, and the Somerville Theatre the following week, Tuesday and Wednesday the 13th and 14th. Show times are 7:00 and 9:30 PM. (The schedule will allow for all 48 films to be screened, so one should bear in mind that there will be 12 different films presented on each of the four dates.)