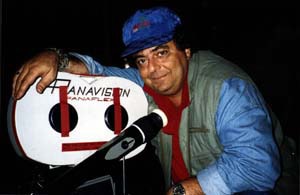 A Piece of the Action

Share
The Action/Cut Filmmaking Seminars arrive in Boston on March 20-21 and New York on April 3 & 4 to provide clear-cut advice on from the pros on making movies.

The Action/Cut Filmmaking Seminar, taught by director/writer/producer Guy Magar, is coming to Boston on March 20 & 21. NewEnglandFilm.com had a chance to speak with Mr. Magar about his seminar and first annual short film competition.

EA: What drew you to filmmaking (and ultimately teaching the Action/Cut seminars)?

Magar: As a kid, my parents instilled a great love of film by taking me to the movies all the time. After college, I decided to find out if I had a natural aptitude for the craft as the industry is just too competitive if you don’t have a basic understanding of visual storytelling. So I went to film school which is the best place for anyone to discover if they have a passion for the craft… a much more important self-revelation than the academic knowledge acquired from teachers and the availability of equipment. I attended the London International Film School and the American Film Institute and began a life-long love affair with filmmaking. After breaking into the industry as a director in features and network television dramas, I realized that as wonderful as film schools are, I was not prepared for the realities of professional filmmaking in the Hollywood industry.

As my career moved forward, I developed an idea about what I wish had been provided back in my academia days. That was to have spent 2-days with an industry director/writer willing to open their intimate work process to me and share actual work they had accomplished by taking me from the page through their detailed methodologies to achieve their film scenes. After over 60 DGA film credits in features and TV shows, I designed a 16-hour seminar to do just that for participants. This seminar greatly shortens the learning curve in two intensive days, and includes how to write visually which is most important to every screenwriter. This is why the seminars are industry-driven by actual professional scene studies. This is what I was never taught at schools because it can only happen with a working director/writer with accessibility to these professional learning tools, which is what Action/Cut is all about… a practical how to get from the page to the screen.

EA: What are some of your previous and upcoming projects as writer/producer/director?  Between your DVDs, seminars, and own projects you must be quite busy.

Magar: I just directed and produced a new cable show I developed and we are in negotiations for national distribution. I am presently writing a year-long assignment for a European co-production which is a historical epic which I also look forward to directing. My last picture was for Miramax and I really enjoyed working with them as we are now looking for our next project together. I juggle my professional work twice a year, spring and fall, with U.S. tours for The Action/Cut Filmmaking Seminars that have become the most acclaimed 2-day workshop on filmmaking in the industry, including raving national press reviews. We received so many requests from graduates who wanted to have the seminar knowledge available for review in their homes whenever they needed, and also from so many filmmakers worldwide who could not travel to our seminar cities, that we decided to put the seminar on VHS and DVD as a complete 12-hour home film course. These products took off beyond my wildest expectations and are now sold on our website and in stores across the country.

EA: Your seminars sound very exciting.  What makes them unique from other filmmaking workshops and courses?

Magar: Action/Cut is unique because it provides practical scene studies using actual scripts and taking everyone through the process from casting to locations to working with every department to shot lists, and then screening every single shot as it happened so they can see and hear the actual process, and then screening the finished scene as it appeared on TV and in theaters complete with sound mix and music score. No other seminar does this and it is the best and fastest way to learn the process step-by-step. By the end of the two days, everyone is equipped with the tools and skills of the filmmaking process, and can apply all this knowledge to their film work immediately. The seminar also covers favorite topics such as how to put together financing for your films and how to get distribution. We also cover festivals, how to create buzz for yourself and your film, and propel your career forward. Screenwriters especially love this course as it teaches them how to write visually and most race home to change their scripts with the knowledge acquired.

Ours is a complete filmmaking seminar… other screenwriting seminars just focus on structure and writing techniques which are important to beginning writers to give them a basic understanding of the roadmap to write screenplays. Ours teaches how to go the next step and turn your screenplay into a saleable film property that is every writer’s goal.

EA: Your seminars have been going for the last five years. Why did you decide on a short film competition this year? Talk a little bit about the prizes.

Magar: Since for filmmakers the most important result of their work is to receive recognition/awards at film festivals and contests to launch their film careers, we received overwhelming requests from filmmakers worldwide and from our seminar graduates to start our own competition for shorts films. As we stress the great importance of making shorts at the seminars, as a way to gain experience in storytelling, working with actors and equipment, developing your own "voice" as a filmmaker, and building a working career leading to TV and features, we responded to the many requests and launched our Action/Cut Short Film Competition as an annual event in 2004.

Since Action/Cut is an industry-driven company, it became a natural extension to launch this contest not only to discover the next generation of great filmmakers from the U.S. and around the world, but to open Hollywood career access doors for the winners and truly enable them to move forward which is what every filmmaker hopes for when they win a competition. There is an entire page listing all the awards on our website at www.actioncut.com.

EA:  The Seminar will be coming to Boston on March 20-21 and New York on April 3 & 4.  Does your emphasis change from city to city? For instance, New England has been a major center for documentary filmmaking for years.

Magar: We are returning to Boston and New York for the fifth time as we have had very successful events in both cities that have a huge filmmaking community. The hunger and passion to learn filmmaking is the same across the country in every city I visit. We teach visual storytelling using real scene studies and film clip examples. No matter what genre you work in from fiction to docs to animation to commercials, or what format you are using from film to video to digital, you better have a real good understanding and methodology about how to tell a visual story.

We have had many documentary filmmakers take the seminar and have written to us about how invaluable the experience has been to their own storytelling works. Filmmaking has become available to everyone, everywhere with the cultural revolution of digital cameras and home editing systems. Never before has there been a time when filmmaking is truly available to anyone wishing to tell stories through the film medium. My good friend Scott Billups who wrote the definitive book "Digital Moviemaking" calls it the "democratization" of filmmaking.

The emerging technology has made it an incredibly exciting time, but regardless of the affordable access to equipment, one must learn what to do with these tools, how to tell a visual story and the many complex crafts involved from acting to cinematography to editing to sound to music. This is precisely what we teach at the Action/Cut Filmmaking Seminars. The equipment is worthless if you do not know how to use it to communicate and share your stories with an audience. For me, it has been a personal joy to meet so many filmmakers from all over the U.S. and Canada. This has been the most gratifying, to inspire them and give them the tools to move forward, as I know how difficult it is to get started and pierce through the closed doors of the industry.