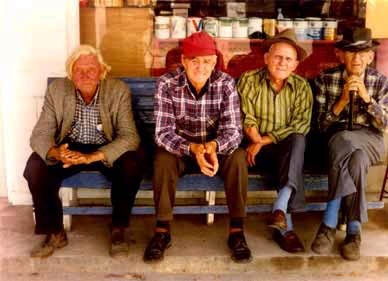 Share
The John D. and Catherine T. MacArthur Foundation offers a rare source of large funding for filmmakers -- but there are some requirements to bear in mind.

One of the most important elements in filmmaking — unlike many of the other arts — is that fact that making a film is a collaborative process that requires, above all else, large sums of money for production and distribution. Unfortunately this crucial aspect of the making of a film is often the one given the least amount of attention. After all, people don’t get into filmmaking to work on their financial resource skills, but to make films.

Fortunately, many benevolent philanthropists (who do have excellent financial resource skills) have created different trusts and foundations through which large grants are available. One of the largest and most well known is the John D. and Catherine T. MacArthur Foundation — the MacArthur Foundation for short — which many people are slightly familiar with through their sponsorship announcements on National Public Radio, an organization that receives funding from the Foundation.

The foundation originated in 1978 by John D. MacArthur, a businessman best known as the creator of Bankers Life and Casualty Company, among other ventures. With assets of 4.2 billion dollars, the MacArthur Foundation awarded 757 grants in 2001, with a total expenditure of $226 million dollars, placing it in the top 10 of U.S. grant-making organizations.

Theoretically, grant giving organizations like the MacArthur Foundation are a bonanza, a filmmaker’s dream. Unlike studios or other organizations (mostly corporations), foundations are fundamentally philanthropic ventures whose primary purpose is to give money away. Whether or not your film is going to make money is by and large not a factor in determining an award.

However, there are stipulations attached to the grants because they are given based on the judgement of the board of directors, who are entrusted with the task of seeing John D. and Catherine T. MacArthur’s philanthropic vision come through in its awards. As such, MacArthur grants are not like government-based organizations devoted to funding filmmakers, which are common in countries like France, Germany and England. Programs like England’s Film Council and France’s Centre National de la Cinématographie dole out funding with cinema related parameters in mind — will it be a good film, will it gain critical acclaim, will it win an award at Cannes or the Venice Film Festival.

According to the mission statement, the MacArthur Foundation is "a private, independent grantmaking institution dedicated to helping groups and individuals foster improvement in the human condition. The Foundation seeks the development of healthy individuals and effective communities; peace within and among nations; responsible choices about human reproduction; and a global ecosystem capable of supporting healthy human societies." All funding given by MacArthur, even for filmmaking, must fall under this group of criteria, open as it may seem. Since programs centering on neighborhood development or human rights activities are more practical for MacArthur’s goals, media falls under the most limited of MacArthur’s grant-making programs — the General Program, receiving about 5.5 million dollars per year.

The General Program covers grants to all media-making organizations, but "especially television and radio production." Furthermore, "Production grants are highly competitive" and "only documentary film on important social issues are supported by the Foundations." Beyond that, priority is given to documentaries "with a distribution plan and high likelihood of national broadcast. Series are more likely to receive support than one-hour films."

If this article is the first time you have heard of the MacArthur Foundation then you are a long way off. Without affiliation with any broadcasting organization like PBS, you will not receive funding. MacArthur is interested in giving money to worthy causes with proven performance records, not just chancing it on a new filmmaker with an idea. If you are trying to fund an avant-garde, feature film, or something that is only politically motivated, you absolutely will not get funding, no matter how good your proposed film might turn out to be (you might try the MacArthur Fellows program for that). In any case funding is usually partial, meaning that other organizations like the Ford Foundation or PBS itself have supported the proposal, and MacArthur grants are usually in the $50,000 to $300,000 range. Not enough to hire a crew, buy stock, go on location, film, and complete post-production for a project that will be shown on national television.

The good news is that projects that would have very little chance of receiving funds anywhere else are rewarded handsomely by the MacArthur Foundation. Acclaimed public television films like "World in the Balance" (WGBH Boston), "How Democracy Works Now" (Epidavros Project New York), and "The United Nations: Center of the Storm" (WNET New York) were granted $350,000-$450,000 each for programming, and without such programs it is doubtful that public television could survive at all. Film resource organizations like Arts Engine, Digital Innovations Group, and Independent Initiative all received grants in 2001, each ranging from $50,000 to $180,000. Without organizations like the MacArthur Foundation many PBS documentaries, video/media distribution programs, and initiatives designed to aid filmmakers would all have little chance of getting off the ground.