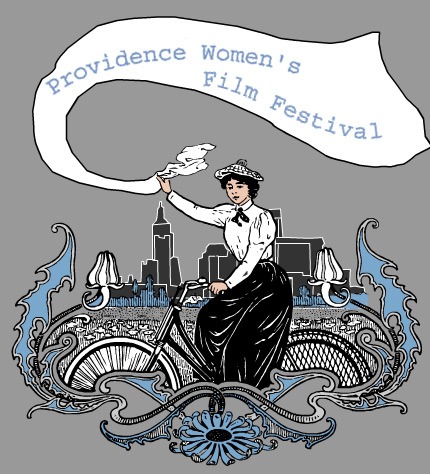 While Johanna Dery was a film student at the Rhode Island School of Design, she was bothered that so little work by women was screened in her classes. "There was a real lack of scope in the films I was shown," she says.

Dery decided to take matters into her own hands and programmed a women’s film series, showing 20 films each semester. Now Dery has brought her idea to a broader audience, as the founder and director of the Providence Women’s Film Festival (PWFF).

The first PWFF was held over three days in October 2001. "It went over really well, and the people whose films were shown were really excited. That was the best part," Dery saiys.

The size of the festival overwhelmed Dery, though, who wrote the grant applications and managed the festival largely on her own. "It sucked up a whole lot of my time," she says.

And time is already at a premium for Dery. She teaches animation at an after-school arts program, works an office job at another arts organization, and is in the midst of renovating the building where she and six other women arts live and work. She also continues to make her own experimental animation films.

"I wanted to make the festival loose and informal so I’m not writing grants all day long," Dery says. So Dery conceived of another format for the festival, one that would integrate it into the Providence arts scene.

Now the PWFF will be held roughly four times a year, and its mission is to promote women’s voices in media as well as build relationships between women filmmakers and other arts organizations throughout greater Providence.

"I see it as being very organic, with more or less showings, depending on what else is happening in Providence," Dery says. "I want it to be a constant presence that can weave itself into things that are going on."

Dery also hopes that the increased number of screenings will ultimately draw a larger audience to the festival. This March, PWFF screenings will be held as part of an International Women’s Day Festival, and Dery is planning to bring her friend and experimental filmmaker, Sandra Gibson, to the festival. Though Dery has only received one entry so far, she hopes that once the word gets out more films will come in, especially because there is no submission deadline and no entry fee. "It’s all about sending in your films."

Both film and video are welcomed, and work doesn’t have to focus on women’s issues, Dery points out. The 2001 festival tended toward experimental short films and documentaries, Dery says, "but, really, anything is welcome."

Unfortunately, things haven’t changed that much since college, as far as Dery can tell. At a recent animation festival in Canada, she was surprised that most of the featured films were made by men, even though she knows that women animators are out there. The lack of work by women is "kind of inexcusable," Dery says.

The PWFF will give women another outlet for their films, and enhance the presence of women filmmakers in Providence and beyond.

"It’s always good to have another place to show your work," Dery says. "I know a bunch of amazing women who are making films in Providence and I want to show things that I want to see and be inspired by. In that way, I guess it’s also a little selfish."