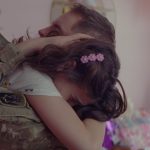 The trip home for a Soldier is surreal. Things have changed. The people are older and don’t understand what he’s been through. The scenery is different and sometimes home doesn’t feel like home. For one soldier the ultimate change is in his child. While on his tour of duty, his son has transitioned to be his daughter. He has never met her in person, and today he is coming home to surprise her.

For his daughter, life is full of obstacles and challenges. The people are curious and don’t understand what she’s been through. Her parents’ attitudes are still adjusting, and sometimes home doesn’t feel like home. For Allie, a rough day at school ends with at surprise. Her father is home from the army, and he’s standing in her room.

Parental love is unconditional. It transcends a person’s memory of their child. The Real Thing is an infinitely stronger bond.

New England Connection: The Director grew up in New England.

Director(s) Bio:: I am a writer/director whose focus lies in pulling performances from my actors. From a young age, I have felt a strong passion for the performing arts. While performing as a member of various companies, I studied a number of different acting techniques.

In college, I stepped behind the camera and fell in love with directing. Surrounded by a community of young creators, I found my first group of collaborators. Together we made 3 short films.

At 14 years old I knew I wanted to live in New York City. In New York I have found a community of hungry/ambitious artists; my new group of collaborators. They come from all corners of the world and have such diverse backgrounds. Together with these friends, I have written and directed music videos, commercials, corporate videos short films and a 4 episode micro-series.

Recently, I was able to start my own company, bRandom Media, which provides specialty camera services in VR/360°, Underwater and Hi-Speed cinematography; in addition to production services. Under the bRandom moniker, I have directed projects for Jack Daniels, Perrier, TD Bank, RBC/VISA, Billboard, MyRadar and other companies.

I am an ardent supporter of universal human rights and believes that these rights are innate, and not subject to discrimination. This film is my personal message to anyone with children, not only those parents of transgender children, to learn from and accept their kids. 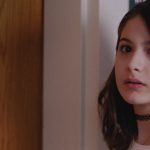 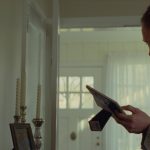