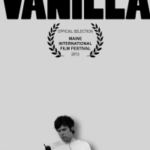 Chuck is a young man with a delicate condition that requires a structured and reclusive lifestyle. Unfortunately he’s also just fallen in love with an impulsive, foul-mouthed thespian named Marla.

Director(s) Bio:: Mike Robida is a writer, director and actor from Southern Maine who enjoys long walks on the beach, short walks on the beach and overly-exaggerating his enthusiasm for walks on the beach. He began producing his own films at the age of 7 with the help of his cousins Steve and Jason Talbot, whom he still works with today. He is a graduate of Vancouver Film School's Writing for Film and Television program and from 2012-2013 wrote and performed comic movie reviews for The Morning Report on WCSH6 and WLBZ2. 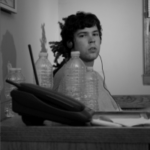