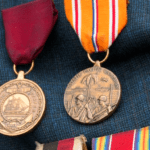 New England Connection: Morgan Kirkham was born and raised on Vinalhaven and continues to make film and photography work there as often as he can. He now lives in the mid-coast region, but gets back to the island quite often and is currently working on a film about its newly constructed wind turbines.

Director(s) Bio:: Born and raised in Vinalhaven ME, Morgan Kirkham originally became interested in photography while on a three year stint teaching English in Asia (Thailand, South Korea, Japan). Enrolling in a year-long photography course at Maine Media College on his return, Morgan produced two documentary projects on mid-coast Maine including a multi-media narrative of the mens' candlepin league nights of Oakland Park Lanes in Rockport.
Since graduation in 2008, Morgan has moved full throttle into video, mixing photography, time lapse and video formats while remaining committed to the documentary genre. His films have been screened in festivals across the country (Camden International Film Fest, San Francisco Ocean Film Fest) and he is currently working on a film about Vinalhaven's newly constructed wind turbines. In addition to his freelance work, Morgan currently teaches photography and multimedia at the Riley school in Glen Cove, ME.