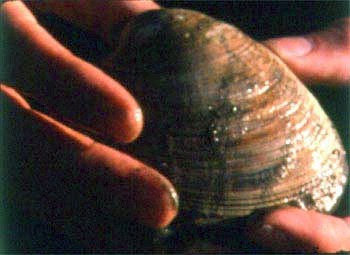 In "Clam Up," by Robert Todd, a man digs on a beach, slowly and first and then almost in desperation, until he finds a clam — which he then tries to open. This amusing little film asks (and answers?) all the important philosophical questions: What is the secret inner life of the clam? Can man ever discover it? Where will he be when he finally does?

Erika Sutter’s "Organ" is accompanied by the sound of, well, an electric organ. But the primary "organ" featured seems to be the human body itself, in particular the limbs, arranged in a series of poses, which shift in and out of one another using double exposures. It’s a soothing, meditative piece. Not for the action-flick set.

"Birdbeat (fugue)," by Geoff Adams, tells the tale of one big bird and a few little ones, as they vie for control of a birdfeeder. It’s a tour de force of cut-and-paste photo animation, set to a playful score of squawking and chattering jazz.