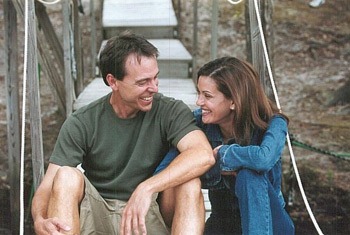 Share
A report of news & events in the local industry for July 2002.

The Boston City Council signed off on Mayor Thomas M. Menino’s $1.8 billion budget for 2003 on June 26. The functions of the city’s film office, which was eliminated, will be incorporated into the tourism bureau.  For more details see the complete story on the Boston Globe.

Velveteen Films, Inc. has sold the rights to its first independent feature film "The Chester Story" starring Teri Hatcher. Outrider Films will be handling the U.S. release and Porchlight Entertainment will handle the international release. The film is expected to be released in theaters in Boston and New York City in the fall 2002. For more information on the film, visit http://www.thechesterstory.vze.com/

Lucia Small’s film "My Father, The Genius," has garnered more top awards at two recent film festivals. The film received the Grand Jury Prize at the Atlanta Film Festival and "Best Documentary" at the Newport International Film Festival. The film will screen in the upcoming Woods Hole Film Festival (www.woodsholefilmfestival.com or call 508-495-FILM).  Multiple screenings of the film will also be held at the Museum of Fine Arts, Boston in August and September. For further details about the film please visit www.smallangstfilms.com.

Filmmaker and former BV/VF programming director Devon Damonte is hosting free weekly workshops in Providence and Waltham on the mysterious and marvelous direct animation techniques to make movies by hand without cameras. All participants contribute to a group film to be premiered July 29 and 30. Space limited, to register contact devon@devonimation.com.

Real Art Ways will showcase a series on Academy Award-nominated short films on July 5-8.  The films include the wonderfully wry winning film "For the Birds" from Pixar; the Irish schoolgirl’s version of the story of John the Baptist in the animated "Give Up Yer Aul Sins"; "The Accountant," a funny tale (and live action winner) about two farming brothers who consult a highly unconventional accountant; "A Man Thing"; and an exclusive Connecticut premiere of "Speed for Thespians" in which actors extemporaneously performing Chekhov on a New York City bus. For more details, visit www.realartways.com.

Boston Film/Video Foundation will host a Meet the Director screening and talk with local filmmaker Ben Powell on July 9 at 7:30 p.m. at the Coolidge Corner Theatre, Small Screening Room.  For more details, visit www.bfvf.org/programs/meet.html or www.coolidge.org.  As well, Boston Film/Video Foundation continues its Rough Cuts screening series on July 18 with a screening of "Peace, Propaganda, and the Promised Land" produced by Bathsheba Ratzkoff and Sut Jhally.  For more details, visit www.bfvf.org/programs/roughcuts.html.