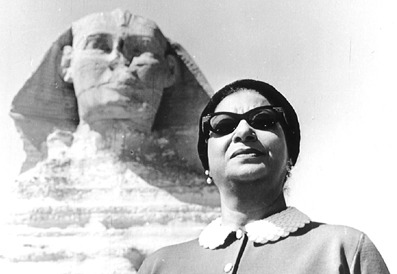 In the wake of the events of September 11th, media and citizens alike sought to understand what kinds of international unrest and inequalities could lead to such violent actions. To this end, documentaries and films about global issues and conflicts have become more important than ever. A new audience, thirsty for social issue films and documentaries, has created a vital need to understand other countries, religions, and ways of life.

The Human Rights Watch International Film Festival, running January 24-27, 2002 will satisfy audiences seeking a complex exploration of global issues. Bringing the worlds of documentary and narrative filmmaking together with a morally and socially engaged representation of human rights issues, this festival offers global perspectives seen with an unsentimental eye.

The Human Rights Watch International Film Festival (or HRWIFF) has been recognized as a foremost venue for addressing human rights issues in distinguished fiction, documentary, and animated film and videos. Included films give a human face to worldwide political issues, urging viewers to understand implications of larger conflicts through portraits of activists and survivors struggling for individual freedom and dignity all over the world.

Films are selected on the basis of artistic merit and human rights content, and include works by filmmakers both new and established. Portions of programs from the larger festivals (such as New York and London) are presented in a rotating traveling festival schedule, with the goal of expanding discussions of human rights issues in communities throughout the country. Question and answer sessions with local and visiting filmmakers follow many screenings to encourage dialogue.

The Boston version of the Human Rights Watch International Film Festival opens January 24th at the Museum of Fine Arts, Boston with the US premier of "Loin," director André Téchiné’s newest film. National and emotional borders are the undercurrent of this story of Serge, a young French truck driver who transports goods from Tangiers to Spain and is in love with Sarah, a Moroccan Jew considering emigration to Canada. The Special Screening selection, showing on January 27th at Coolidge Corner, is "Baran," a film by Iranian director Majid Majidi. This film places the coming-of-age struggle of two young Afghan workers in Iran against a backdrop of issues of immigration and the effects of war in Afghanistan on neighboring countries. The New York Times called this film "essential viewing," noting that it "exemplifies the power of cinema to achieve a paradoxical universality."

The impact of war is a central theme throughout the festival’s main screenings. "Jung (War): In the Land of the Mujaheddin," reviewed in the New York Times as "essential viewing for anyone who desires a sense of the finer human grain of a war that now commands the attention of the world as never before," screens four times throughout the festival. Documenting the efforts of an Italian doctor and a war correspondent who set up a hospital in Afghanistan, "Jung" shows destruction and terror in a land ravaged by civil war. The filmmakers, who returned to Afghanistan to film after September 11th, will be present at all screenings.

Several documentaries portray life in the wake of devastation through the perspective of women and children. Recipient of the 2001 Sundance Special Jury Prize for Documentary, "Children Underground" explores the lives of five orphaned and abandoned children living in the subways beneath Bucharest. "Behind Closed Eyes" follows four children affected by conflicts in Cambodia, Kosovo, Liberia, and Rwanda through the process of rebuilding their lives. The resiliency of youth is a topic of "Postcard from Peje," a video diary of the experiences of teenagers from Peje in Kosovo. "Living Afterwards: Words of Women" shows three young Bosnian women struggling to find meaning in a world where home and family have been swept away by war.

Two other documentaries chronicle different perspectives. "Sisters in Resistance" introduces us to four non-Jewish French women who resisted the Nazi occupation, survived arrest and incarceration in a concentration camp, and remain friends and activists to this day. "My American Girls" follows a year in the life of three Dominican girls and their families discovering the benefits and drawbacks of the American dream.

Conflicts in the Middle East are at the forefront of a special program, supported by Arab Film Distribution, designed to contribute to greater understanding of the Arab and Arab-American point of view. "Umm Kulthum, A Voice Like Egypt" directed by New England filmmaker Michal Goldman introduces the audience to one of Egypt’s most celebrated singers, a performer described as having the combined talent and presence of Ella Fitzgerald, Eleanor Roosevelt, and Elvis Presley. "My American Grandmother" explores the story of the Iraqi-born filmmaker’s American-born grandmother, who married an Iraqi pilot and moved to the Middle East. "Frontiers of Dreams and Fears" follows two Palestinian girls living in refugee camps, one outside Beirut and one just outside Jerusalem. The girls begin a correspondence that develops into a friendship and the film culminates with their meeting at the Israel/Lebanon border.

Other documentaries focusing on the Middle East include "Ralph Bunche: An American Odyssey," an examination of the legacy of Ralph Bunche, a Middle East peacemaker, UN statesman, and 1950 Nobel Peace Prize winner — the first person of color to win that award.

"Promises" is a portrait of several Israeli and Palestinian children offering their perspectives on the Middle East conflict and life in Jerusalem, and "Nazareth 2000" shows struggles surrounding a disputed town square seen through the point of view of two local gas station attendants.

Also included in the festival is celebrated Cambridge documentarian Frederick Wiseman’s 1967 film "Titicut Follies," This film is followed by his most recent work, "Domestic Violence," which examines responses to domestic violence in a Tampa, Florida shelter.

"Life and Debt" closes the festival with its portrait of Jamaican workers, farmers, and government officials struggling against the systems of debt and globalization that endanger Third World economies.

The Boston Human Rights Watch International Film Festival has screenings at the Museum of Fine Arts, the Coolidge Corner Theatre, and the International Institute of Boston. Screening times vary according to venue. Visit the Human Rights Watch International Film Festival Web site at www.hrw.org/iff for exact times, or call the Coolidge Corner Theatre at 617-734-2500, the International Institute of Boston at 617-338-6022, or the MFA at 617-369-3300 for information on individual venues. Tickets for opening and closing nights are $10; tickets for all other shows are $8. Purchasing advance tickets is recommended due to the popularity of the festival last year.

Read the New York Times reviews of ‘Baran’ and ‘Jung.’

The Boston Human Rights Watch International Film Festival has screenings at the Museum of Fine Arts, the Coolidge Corner Theatre, and the International Institute of Boston. Screening times vary according to venue. Visit the Human Rights Watch International Film Festival Web site at www.hrw.org/iff for exact times, or call the Coolidge Corner Theatre at 617-734-2500, the International Institute of Boston at 617-338-6022, or the MFA at 617-369-3300 for information on individual venues. Tickets for opening and closing nights are $10; tickets for all other shows are $8. Purchasing advance tickets is recommended due to the popularity of the festival last year. Read the New York Times reviews of 'Baran' and 'Jung.'