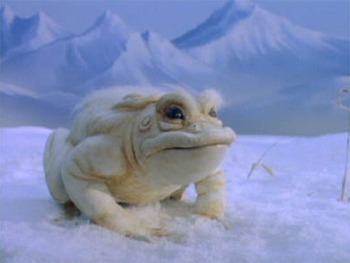 Is the Sky Falling?

Share
Find out why Red Sky Olive Jar is leaving New England for Los Angeles in this interview with its Executive Producer, Matthew Charde.

Deeply concerned to hear that Red Sky Olive Jar, the Boston-based animation house known to many NewEnglandFilm.com readers as Olive Jar Studios, had closed its doors, one reader wrote us to express his concern for what this could mean for the New England film community. According to Olive Jar’s former Executive Producer, Matthew Charde, the move to Los Angeles was due to a number of factors. However, with all of its creative talent still in the Boston area, who’s to say we won’t hear from the Olive Jar "gang" again?

NewEnglandFilm.com first visited Matthew Charde for a tour of Olive Jar Studios in 1999. Three years later, Charde talks to NewEnglandFilm.com again from his home in Concord to shed light on the buy-out and the consolidation of Red Sky’s entertainment division to Los Angeles.

Charde: We sold Olive Jar to Red Sky a year ago this week. Red Sky Interactive is a company with offices in seven cities around the country. We entered into that deal so that we would have a venue other than television and film to produce media for, and so that they would have an opportunity to create content for their interactive clients in a linear format. It is a perfect match and was a perfect match. The synergies would hopefully allow us to develop that Holy Grail of convergent media whatever the heck that is going to become. That was the plan or is the plan. A few months ago it was decided to consolidate. Olive Jar ceased to exist at that point by name. However, we became the Red Sky Olive Jar entertainment division and expanded our operations to have offices in San Francisco, Los Angeles and Boston. A few months ago it was decided to consolidate that entertainment operations to LA strictly.

So the client and those employees that wanted to go to LA, did. And we shuttered the Boston facility. But I will tell you that nobody moved to LA that had not already gone. And to your readers, people who do this in New England aren’t going anywhere.

TP: So what is the lay of the land in terms of the vitality of the animation industry in Boston?

TP: Describe for me some of the first interactions you had with Red Sky and how those early conversations went.

Charde: Actually, you know it was one of those love-at-first-sight-things. We matched creatively. Fred MacDonald, our creative director, and their creative directors definitely connected, and as a result we made the deal happen. They afforded us the opportunity to continue to expand. We hired somewhere in the neighborhood of 15 new people while the rest of the interactive community was contracting.

Our experience with Red Sky Olive Jar was a very good one. Red Sky was moving forward and Olive Jar was a huge, huge part of it. Fortunately or unfortunately, consolidation has to happen due to factors that are really beyond our control; when advertising companies cut ad spending by some gigantic percentage and television corporations make fewer shows, it’s going to [have an] impact. We were a strong business, we were a strong section of [Red Sky’s] business, but we were negatively impacted by the interactive world just by association.

Now, if we had been standing on our own, who knows, that would be speculation. We would have scaled down and we might have consolidated.

TP: I don’t get the sense in talking to you that this is case of "Well, we tried and it didn’t work."

TP: Convergence between interactive and entertainment is still the way things are going?

Charde: Oh yeah, and we were doing it. We were 90% commercials and 10% ‘other’ and were in the process of flipping over to the other way. I was executive producer of the first three television pilots we had ever done for anybody. We were and currently are in production of our first TV series ever. We were in the process of moving towards more entertainment content, less commercial. That was our strategy, or is. I should speak in the present because that is the strategy.

TP: Now when you say Red Sky was interactive, how do you define the word?

Charde: Good question. Interactive is a term that has many meanings or none, and it’s really in the process of being invented and will continue to be over the next few months and years. But interactive is bringing linear moving imagery to the next degree. Look at games, that’s a pretty good example of what interactive is. Today, TV and computers are two different screens, tomorrow they’ll be the same. We know how to make the things that go on that TV, and we connect with people who know Java and HTML. You put us all together in the same room, give us a little money and a little time and WOW.

Charde: Its going to. We just got blindsided by [the market] slowing. It’s just a matter of time before people have confidence and start spending money again and it all comes back together. The people still exist and the ideas still exist.

TP: What’s the valuable lesson learned here from your perspective? A lot of what has happened to Red Sky Olive Jar seems to be beyond your control, but you as a businessman will, I would think, do one or two things slightly different.

Charde: I don’t know if I would do anything slightly different. As a businessperson, I’ve strongly believed that you need to keep your monthly nut as low as you can. The dot-com economy was a mirage. Also, constantly evolve. Our world, the media world, particularly the entertainment world, is constantly evolving. People demand, want, need entertainment in different ways, shapes, forms. If you keep doing the same thing over and over again, if you don’t die of boredom, you’re going to become a dinosaur.

I think when you’ve got a lot of creative people together like we have, you’ve got to let creative run things. That’s what I’ve learned, and that’s what I’ll continue to do.

TP: So creative is king?

Charde: You know, it really is.