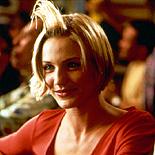 Share
As he takes the helm at the Providence Film Commission, Eric Olin talks about his big plans for the small state of Rhode Island.
Boston University Film School Graduate and Providence native Eric Olin recently took over the position of director of the Providence Film Commission and Mayor’s Office of Film & Video. Olin joined the newly formed Mayor’s Office of Film and Broadcast Arts in 1996 after working as a production assistant in Los Angeles.

From the AFCI’s Locations 2000 tradeshow in Los Angeles, Olin discussed the role of the Providence Film Commission and his goals as Director.

TP: What is the function of the Providence Film Commission?

OLIN: The Providence Film Commission/Mayor’s Office of Film & Video Arts markets the city to filmmakers, television producers, commercial producers and others to sell them on bringing their projects to Providence. Then, when projects arrive, we coordinate with all of the City departments (Police, Traffic Engineers, Parks Department, Public Works, etc.) to ensure that the production team has a productive and enjoyable experience. To that end, we also act as a liaison between the community and the production.

OLIN: Providence has hosted such independent features as Laura Colella’s "Tax Day" and "A Wake in Providence," a film produced by Providence natives Vincent and Michael Pagano. Laura’s film was a situation where she gave us a wish list, including street-sweeping machines, access to the main Post Office on Corliss Avenue, a fire engine to pass through one of the shots, and we worked on the list, item by item.

TP: What role has the Providence Film Commission played in this "film renaissance"?

OLIN: When we talk about the Renaissance of the City of Providence, we’re talking about the fact that people are finding interesting and enjoyable ways to spend time in the city. Part of that is being able to go to see plays at the Trinity Repertory Company, Broadway-caliber musicals at the Providence Performing Arts Center and hockey games with the American Hockey League Champion Providence Bruins at the Civic Center. People can spend leisure time in Waterplace Park and Jackson Gardner Memorial Park. Plus, Providence has some of the finest restaurants in the country.

Film and television projects can capture all of this within the context of their storylines and present it to an international audience. For example, during a recent episode of NBC’s "Providence," Sydney and Kyle go to see a Bruce Springsteen concert at the Performing Arts Center. In reality, Springsteen was here a couple of years ago for his "Tom Joad" tour.

TP: What type of help can the Film Commission offer filmmakers?

OLIN: We do all sorts of things to assist filmmakers. We try to connect them with the people that can provide locations, props, equipment or others things they require. We’ve just published the second edition of our Production Resource Guide, which is a directory of people and businesses that can be useful to productions.

TP: Does the Providence Film Commission offer any type of financial aid or assistance to filmmakers?

OLIN: The Providence delegation has submitted an Independent Film Tax Credit to the Rhode Island Legislature. If passed, a Rhode Island resident would get a 25% state income tax credit on an investment made in qualifying films. Qualifying films are independent films shot primarily in Rhode Island with a budget of $5 million or less.

TP: Does a film have to have a certain size budget to receive assistance from the Providence Film Commission?

TP: Can you give us some examples of how the Film Commission has assisted filmmakers in the past?

OLIN: We orchestrated the close of Kennedy Plaza during a rush hour Thursday for "There’s Something About Mary." When the producers of "Providence" told Mayor Cianci that a consistent water level would look better on camera when the crew was filming scenes at Waterplace Park, he had the Department of Public Works close the Hurricane Barrier at Fox Point. We even sent plastic trash barrels to the "Providence" set in Los Angeles. The trash barrels have the words "Providence Picks Up" on them, and now those trash barrels are TV stars.

TP: Can you give us some examples of the type of calls your office receives, say from local filmmakers?

OLIN: People unfamiliar with Providence want to know when the peak foliage season starts (first week of October) and how far Providence is from the airport (15 minutes). Local people request access to City-owned properties. City Hall, the Police Department and our parks have all made appearances in film and television projects.

TP: What do you think attracts filmmakers to Providence?

OLIN: I think filmmakers are attracted by the variety of locations available in a small geographic area. They are also attracted by the spirit of cooperation they feel from Mayor Cianci and the community of Providence.

TP: Let’s say I am planning to make a film and am scouting for locations. Why film in Providence?

OLIN: Because Providence is a photogenic city with many diverse "looks" in a compact area. Also, because the film commission will work with your production to ensure a productive and enjoyable experience.

TP: You have worked in L.A. and are familiar with what it takes to get movies made on that coast, how does your experience there compare with your experience working with the New England film community.

TP: How important is it to the New England film community that Providence host and sustain an annual film festival like the Providence/Rhode Island Film Festival?

OLIN: A film festival is an example of an interesting and enjoyable way to spend time in Providence. A film festival, in particular, also brings filmmakers to our city and exposes them to what we look like, and hopefully, what Providence would look like in the context of their storylines.

TP: What are some of your goals as Director of the Film Commission?

OLIN: My goals are to continue the success we’ve had and to perpetuate our reputation as a film-friendly city.

TP: As the Providence Film Commission approaches its fifth anniversary, how would you rate its success?

OLIN: We’re all very proud of our success and the body of work that we are now represented in.