The Guy: The Brian Donahue Story 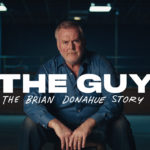 Stuntman. Actor. UPS employee. Former WWF wrestler, Disney World performer, and NFL nose tackle. Brian Donahue has seemingly done it all. The Guy is a short documentary film chronicling Mr. Donahue’s surreal story as he tries to strike a balance between paying the rent and seeking out the elusive Hollywood spotlight.

Director(s) Bio:: E.J. is an NYC-based director whose previous projects have been awarded multiple Vimeo Staff Picks and screened at film festivals such as AFI DOCS, the Big Sky Documentary Film Festival and DOC NYC. He got his start directing shortform, longform, and commercial work at MTV Networks after graduating from the NYU film school. He's originally from Cape Cod, Massachusetts and now resides in Maplewood, NJ with his wife Veronica, their two daughters Pearl and Hanna, and their dog Bobby, who was the connection for his short doc The Dogist. He also directs branded content and commercials through Greenpoint Pictures. 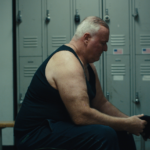