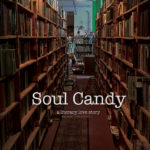 Siri, a shy bookworm, can’t muster the courage to apply for a job in a used bookstore because she has a crush on the cute clerk. Her sister, Kaya, offers to break the ice and begins a conversation with Guy who works at the counter, while Siri tells her what to say via text messages. They discuss the philosophically challenging author David Foster Wallace and Guy is intrigued by Kaya, but the ruse is quickly discovered. When Siri and Guy finally meet and the true person behind the provocative ideas is revealed, friendship and possibly love bloom.

Director(s) Bio:: John Stimpson writes, directs, produces and edits motion pictures. He operates his production company, H9 Films, out of a loft in Worcester, Massachusetts. Integrally involved in the making of over twenty feature films, his movies play all over the world. He is also responsible for television programs airing on the Discovery Network, Animal Planet, Home & Garden TV and the Outdoor Life Network. The Legend of Lucy Keyes starring Julie Delpy and Justin Theroux, A Christmas Kiss with Elisabeth Rohm and Laura Breckenridge, The Wrong Car starring Danielle Savre and Francia Raisa, and Ghost Light with Cary Elwes and Shannyn Sossamon top his list of best-known films. His newest project Christmas on Ice premieres this holiday season on the Lifetime Network.