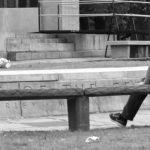 Through a series of looping, black and white shots, the life and legacy of Boston’s notorious James Michael Curley is interrogated, alongside the traditions of history-telling, utility of the past, and commodification of memory. Just as James Michael Curley challenged and redefined the dominant politics of early 20th century Boston; just as Curley’s legacy has been simplified and sanitized; just as history in general blunts and sculpts facts to meet an end; Curley: A Historiophoty by Billy Palumbo challenges narrativization, chronology, linearity, and objectivity in history-telling not in a search for truth but a quest for questions.

New England Connection: Aside from the fact that the filmmaker has been living, studying (at Emerson College for both undergrad and grad school), and working in Boston for 9 years, Curley: A Historiophoty by Billy Palumbo centers around the life and memorialization of James Michael Curley, one of (if not THE) most influential political figure in early 20th century Boston. The film's first screening was in the Mass Reality Check program at Salem Film Fest and has also screened at Emerson College's Paramount Center.

Director(s) Bio:: Billy Palumbo is an experimental filmmaker and writer. His films, including Curley: A Historiophoty by Billy Palumbo, Semioptics, Document, Memoir, and William Joseph (Billy) Palumbo 1988 - ____ interrogate authorial control in the filmmaking process and display an irreverent sense of humor. In addition to being a filmmaker, Billy is also a writer and, recently, a melted-crayon artist. A faculty member at Emerson College, Billy lives in Boston, MA, with his wife, Darcy, cats, Jones and Frank, and dog, Daisy.

Financed by: Self-financed, Other 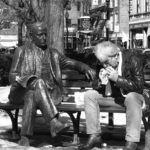 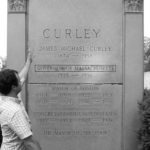