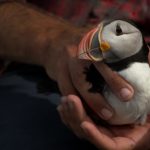 Take a trip off the coast of Maine and visit the country’s only colony of Atlantic Puffins. Follow these pint-sized seabirds across the island of Eastern Egg Rock, where researchers and interns work to continue to preserve this species in an effort which is forty-four years in the making.

New England Connection: "Project Puffin" is a film highlighting the National Audubon Society's Project Puffin, a seabird restoration program which aims to restore puffins and other seabirds to the Maine coast. Puffins nested off the coast of Muscongus Bay on Eastern Egg Rock Island until about 1885, when hunters drove the small colony to extinction. Starting in 1973, puffin chicks were translocated back to the island, in hopes that the population would one day be restored. Headed by Dr. Steven Kress and backed by countless researchers and interns each spring and summer, Project Puffin has successfully restored over 150 pairs of puffins to Eastern Egg Rock Island. Maine is the only state in the US in which puffins exist in the wild. Puffins have become a point of pride in certain regions of Maine, where locals are happy to share their seas with the species and recognize the importance of their restoration and preservation.

Director(s) Bio:: Vanessa Kahn and her collaborator Kylee Acevedo are both graduates of Fitchburg State University, where they studied Film/Video Production, with a special interest in documentary film. They shared a common interest in films that touched upon social change, and worked side-by-side to execute their environmental documentary, "Project Puffin." Kylee went on to do her internship at Mill Valley Film Group in San Fransisco, California, where she was eventually employed as a full-time editor. Vanessa is currently a video intern at the Smithsonian National Zoo in Washington, D.C. 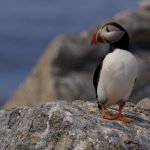 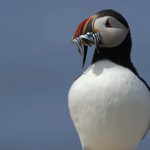