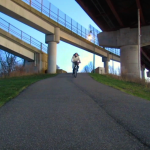 It’s a Match! is a 15 minute documentary about one girl’s adventures in the online dating scene in Portland, Maine. Awkward, charming and poignant, Evelyn’s dates are less than successful.

New England Connection: It's a Match is a student project created at Southern Maine Community College in South Portland. The filmmakers live in Portland, Maine and the entire film was shot in the city. 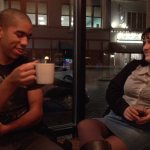