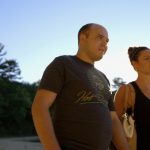 Tommy is a young man with Landau–Kleffner syndrome, an extremely rare neurological disorder with only 100 cases diagnosed every ten years. LKS is characterized by frequent seizures and sudden aphasia (the inability to understand or express language). Over the past five years, Tommy’s caretaker, Erin, has developed a way to communicate with him using words and phrases from his favorite Disney films. Tommy and Erin take their weekly walk on Walden Pond to reflect and get away from the world.

New England Connection: Tim founded Pixela Pictura, a production company based in Waltham, MA. He lives and works with his wife Allison Silva in Waltham, MA.

Director(s) Bio:: Tim O’Donnell is an Emmy-nominated and award winning documentary filmmaker. His work has appeared on ESPN, NBC, PBS, OutsideTV, CNN films, the Sundance Film Festival and events around the world. His films have garnered the Audience Award at the Independent Film Festival of Boston, Jury Prizes at the Phoenix Film Festival and Woods Hole Film festival, and IndieWire’s Project of the Month. HBO’s Mary Carillo said of Tim’s work, “The story is so beautiful, so lovingly told and so incredibly moving.”

A personal film of Tim’s No Quit follows the filmmaker’s own father during recovery from a traumatic brain injury, which was featured on ESPN. FIBA Allow Hijab is a short documentary Tim co-directed that focuses on the first Division 1 basketball player to play while wearing hijab who is currently blocked from playing professionally due to a controversial rule, which was distributed through CNN films and Uninterrupted. The feature length version of this story Life Without Basketball (ongoing) won best pitch at the 2015 DOC NYC. His short documentary film The Last Time I Heard True Silence follows one veteran's successful coping mechanism of ultra-marathon running to help aid his transition into the civilian world and was broadcasted on OutsideTV and screened at over 100 different film festival events internationally. His film for the love of dogs follows a young boy with Autism who goes to the National Dog Show and has won over 6 awards and screened at 20 film festivals. 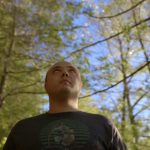 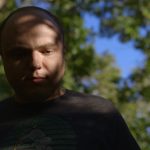