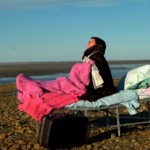 New England Connection: Dan Boylan and Guy Taylor, who co-wrote, directed and produced Clam Pie live on Cape Cod. Their production company, A.S. Films International, is based in South Yarmouth, where Clam Pie was written and filmed. The film premiered and won audience award for best short at the 2009 Cape Cod Filmmaker Takeover. It won an Indie Spirit Special Appreciation Award at the 2009 Boston International Film Festival, and has screened as an official selection at the Woods Hole and Maine International film festivals.

Director(s) Bio:: Filmmakers Dan Boylan and Guy Taylor head the Cape Cod-based production company A.S. Films International. They call each other brother, but are technically first cousins because their mothers are identical twins. Prior to making fictional films, they collectively worked in more than 40 countries as journalists, professors and advisors. In 2007 and 2008, they completed The DC Trilogy of shorts exploring post-9/11 themes. One trilogy film won a 2008 CINE Golden Eagle Award. Another premiered at the 2008 Cannes Film Festival’s Short Film Corner. The Washington Post has called Boylan and Taylor “international in scope,” and The Cape Cod Times has called their work “imaginative and funny.” Taylor’s wife, award-winning documentary producer Anita Taylor, regularly collaborates with the company. Film is a family affair and the Taylors’ two sons, ages two and five, often jump around the studio to make that fact known. 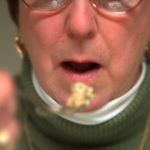