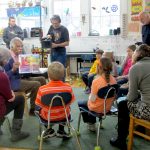 I Know a Man … Ashley Bryan by Richard Kane and Robert Shetterly is a new documentary film about this 94 year old artist who skips and jumps in his heart like a child, yet is a spiritually deep creative genius and poet of 50+ children’s books, maker of magical puppets and sea glass windows from found objects inspired by his African heritage. Born in Harlem and raised in the Bronx, Ashley’s talent was nurtured by artist Romare Bearden. Ashley was drafted out of art school into the segregated US army at age 19. He served in an all-Black battalion during World War II and preserved his humanity by drawing, stowing supplies in his gas mask. Ashley now lives on the remote Cranberry Islands, Maine, and has been using art his entire life to celebrate joy, mediate the darkness of war and racism, explore the mysteries of faith, and create loving community. He quotes Marian Anderson admonishing “to keep another down you have to hold them down, and therefore cannot … soar to the potential within you.” He spreads beauty and joy through his linocut prints exhorting “Let My People Go” to the tune of the Spiritual Oh Mary Don’t You Weep, a song composed by slaves, sung by Kim and Reggie Harris with Bernice Johnson Reagon. His life story and the art he makes from this wellspring of experience is an inspiration to people of all ages.

New England Connection: Ashley Bryan first came to Maine in 1946 on a scholarship to Skowhegan School of Painting and Sculpture. He was head of the Visual Arts Department at Dartmouth College 1978-84 and retired to Little Cranberry Island, Maine to pursue his art full time. Richard Kane and Robert Shetterly, producers of the film Ashley Bryan's World, have both lived in Maine collectively for over 60 years.

Director(s) Bio:: Richard Kane is an independent director whose work is focused on the arts and the environment. Ashley Bryan’s World (2016, 32min) is his third feature documentary (I Know a Man … Ashley Bryan, 2016, 73min) and now in its 10th film festival. Kane’s second feature doc Imber’s Left Hand (2014, 74min) won four BEST FILM Audience Awards and is now being distributed by Film Movement. This documentary is the 86th film directed by Kane and the 16th documentary in the Maine Masters collection, a New England Emmy-nominated series of portraits directed by Kane that airs locally on Maine Public Broadcasting Network. The series has been accepted by American Public Television (APT) to be distributed to the PBS network through the APT Exchange. With partner Melody Lewis-Kane, their production company Kane-Lewis Productions has worked for National Geographic, The Discovery Channel, John F. Kennedy Center for the Performing Arts and the White House Office of Technology Policy. Kane produced and directed the Natural Resources Council of Maine’s 50th anniversary film Protecting the Nature of Maine; won a Cine Golden Eagle for his series on women entrepreneurs titled Faces of Microcredit produced for the Microcredit Summit, chaired by then First Lady Hillary Clinton; wrote and produced for the White House Technology: Renewing the American Dream, narrated by President Bill Clinton; directed M.C. Richards: The Fire Within (Kane’s first feature doc, won Best Film at the Image Gazer Film Festival). Kane served as chair of the Maine Film & Video Association 2007-2017. Kane's second short film Tough, Pretty or Smart: A Portrait of the Patoka Valley Boys won Best Short Documentary in the Cork International Film Festival and was short-listed for an Academy Award. 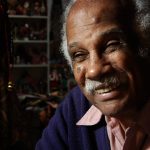 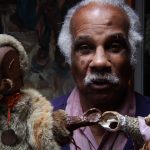