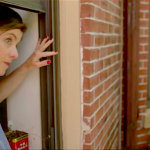 A short film by Marie-Emmanuelle Hartness, winner of the Canon Competition.

Director(s) Bio:: Award-winning filmmaker Marie-Emmanuelle Hartness writes, directs and produces character driven stories. Originally from Paris, France, now residing in Cambridge, Massachusetts, Hartness is an IFP alumna with her short narrative "After Ella", a First Prize Directorial Discovery Award winner at the 2014 Rhode Island International Film Festival and a Berlinale Talents alumna, winner of the Canon Competition with her film "Writer's Block". Both films were 2015 and 2016 WIFTI Shortcase finalists. Her most recent film THE WISH has been selected by WIFVNE to screen at the Brattle Theater in June 2016. Her new script "Indentured", a feature narrative, is a Sundance Lab 2015 and Rhode Island International Film Festival 2015 finalist.
Hartness recently produced Michel Negroponte’s new film "An Autobiography of Michelle Maren", an IFP Independent Film 2013 selection. Her productions include "Photographic Memory" she co-wrote with Ross McElwee, which premiered at the 2011 Venice Film Festival. She was nominated for a Writer’s Guild of America Award for this film.

Hartness has been named as one of the “10 Filmmakers to Watch in 2014” by The Independent. She has been a Harvard guest speaker in production and screenwriting since 2012.